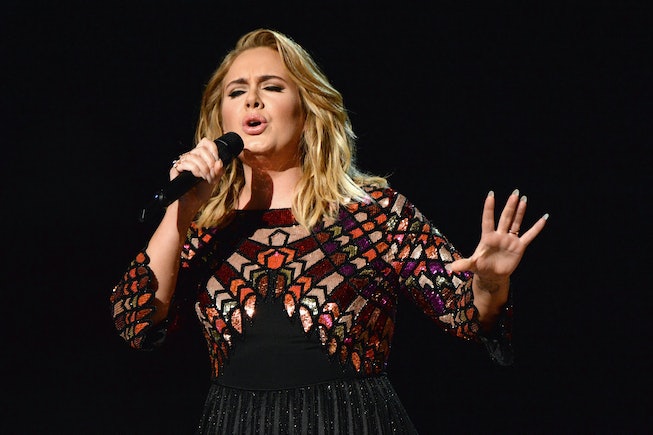 Say what you want about Adele, but the British megastar knows exactly what her fans want. Last Thursday, the “Hello” singer released her first song in six years, “Easy On Me,” the lead single of her upcoming new album, 30. The song is classic Adele in all the right ways: a sweeping, grand piano ballad written for her son about the fallout of her divorce with ex and his father, Simon Konecki, featuring soaring and effortless vocals.

It’s already become a massive hit for Adele, with its music video garnering over 75 million views during the first weekend — although, some online have criticized the song as being a safe, and perhaps boring, choice for her long-awaited comeback.

But Adele wants you to know that the selection of her lead single was calculated. In a recent interview with BBC’s Breakfast Show host Zoe Bell, she explained that she and her team decided to release “Easy On Me” first because “it just felt like a me song.”

“In the end, it was ‘Easy On Me’ because it’s got this soaring chorus,” she said. “And after having been away for so long, it just felt like that was probably the biggest part of my songs that people were waiting for and stuff like that.”

She revealed that she was weighing two other options for the lead single, and that the songs were all “very, very different.”

“There’s another one that’s like, I got very into Goldfrapp again,” she said, referencing the English electronic synth-pop duo. “I was listening and I was like, ‘I could do this music too!’”

The other option was more retro, channeling the Carpenters and Elton John. “There’s another one that’s very sort of ‘70s, like piano, singer-songwriter-y. When I say piano, it’s got a whole band on it but it’s just very Carpenters, very Elton or whatever.” Who said Adele doesn’t experiment?

It turns out there was also an element of serendipity in debuting “Easy On Me” first, as it was the first song that Adele wrote for 30 — “so it was actually beautiful it ended up becoming the first single,” she told Bell.

Like “Easy On Me,” the rest of the songs on 30 will partially deal with Adele’s divorce and her more well-tread themes of heartbreak, relationships, and dealing with men in general. Speaking to British Vogue, the singer revealed that one song on the album — about demanding respect from a partner — may be particularly inflammatory. “Can you imagine couples listening to it in the car? It’d be so awkward,” Adele told the magazine. “I think a lot of women are going to be like, ‘I’m done.’”

Adele’s 30 drops November 19. Read about everything we know about the album so far, here.