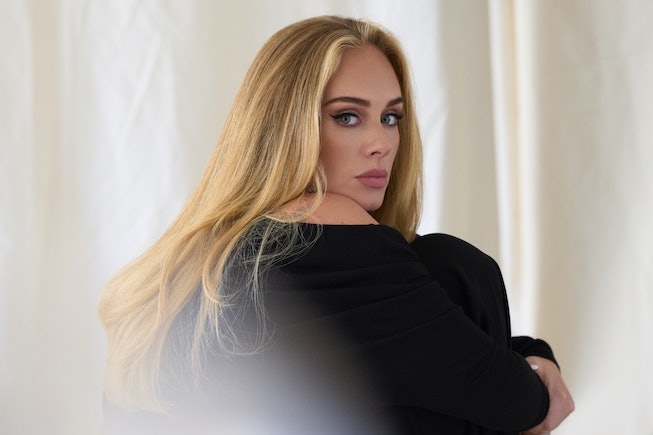 In classic Adele fashion, the British megastar has made her return with a sweeping piano ballad ready to make you drown in your own feelings. Her first new song in six years, “Easy On Me,” finally arrived on Thursday evening, and like all of her past lead singles, it’s a glimpse inside the emotional headspace of the singer, songwriter, and mother, as she primes to tell the story of what’s happened to her over the last few years.

Unlike with 25 and 21, the public had some clue about inner goings on of Adele’s personal life, which she notoriously keeps secret, during that break. In 2019, the story broke that after 11 years together, she and her ex-husband, Simon Konecki, had separated, with their divorce getting finalized in March 2021. Almost instantaneously, the internet began speculating about the heartbreaking divorce album that would inevitably come — and apparently, so did Adele at the time. “I assumed it would be about my divorce but it’s kind of not,” she told British Vogue in a recent interview, before backtracking a few steps. “Well, ‘Easy On Me’ obviously is.”

“Easy On Me” is about her divorce in that what she’s singing about is a direct consequence of her and Konecki’s split. The rolling, piano-led tune was written for their son, Angelo, as she tries to explain to him why she decided to split from his father and choose a new path for the two of them.

“My son has had a lot of questions. Really good questions, really innocent questions, that I just don’t have an answer for [like], Why can’t you still live together?” she told British Vogue about Angelo’s reaction to the divorce, and why she subsequently wrote the song. “I just felt like I wanted to explain to him, through this record, when he’s in his twenties or thirties, who I am and why I voluntarily chose to dismantle his entire life in the pursuit of my own happiness. It made him really unhappy sometimes. And that’s a real wound for me that I don’t know if I’ll ever be able to heal.”

It’s an intense explanation, but as the opening lines of “Easy On Me” suggest, it was the only option left for a marriage that seems to have been depleted: “There ain't no gold in this river/ That I've been washin' my hands in forever/ I know there is hope in these waters/ But I can't bring myself to swim.”

The rest of the song is sung as an emotional plea to her son, as she asks for his understanding and grace. “Go easy on me, baby/ I was still a child/ Didn't get the chance to/ Feel the world around me/ I had no time to choose what I chose to do/ So go easy on me,” she belts on the chorus.

In the accompanying music video, directed by Xavier Dolan who also helmed “Hello,” the track plays through a car stereo as Adele drives a truck packed to the brim with furniture, presumably to a new home. The video opens with her saying goodbye and leaving the house that “Hello” was filmed in, and after the first shots in black and white, the scenes slowly burst into full color as she gets closer to her destination.

“Easy On Me” is the first song Adele wrote for her new album 30, and it necessitated a six-month break after it was penned. “I was like, ‘OK, well, I’ve said it all’,” she told British Vogue. As for what she herself was feeling at the time when she wrote it? “It’s not like anyone’s having a go at me, but it’s like, I left the marriage. Be kind to me as well.”

In the pantheon of Adele tearjerkers, “Easy On Me” is far from the worst (best?), but still packs a hefty emotional punch. She’s now singing as a mother, and it’s rare and emotional to witness such a remarkable attempt at vulnerability from parent to child — especially not from one who so readily admits their own shortcomings as Adele does at the closing of this track. “I had good intentions/ And the highest hopes/ But I know right now/ It probably doesn’t even show,” she sings on the bridge. We’ll have to agree to disagree there, then, Adele, as the world can see your efforts crystal clear.

Adele’s 30 is out November 19, via Columbia Records.