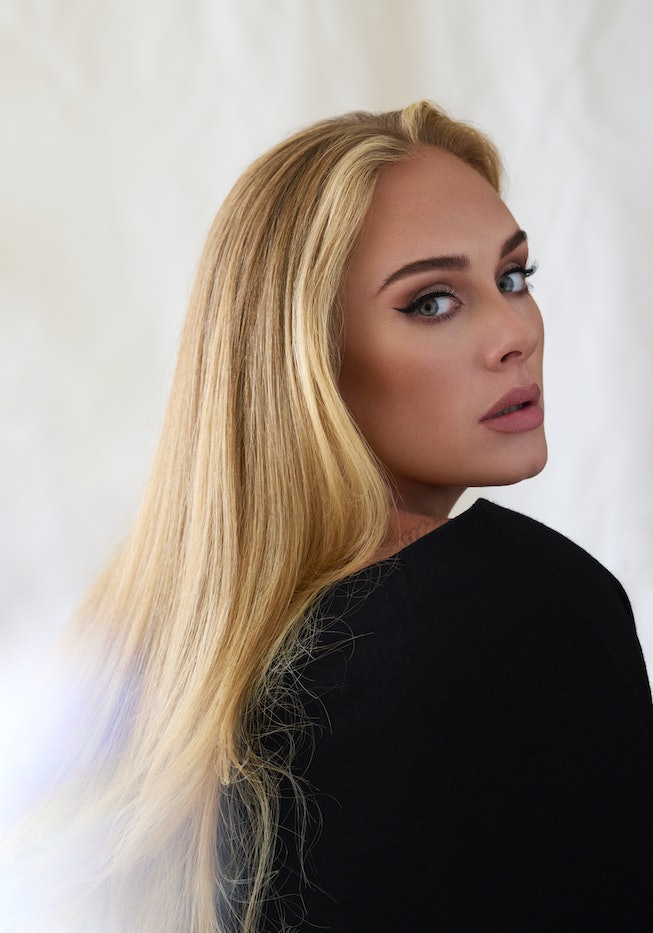 Adele’s monumental new album, 30, has already been hailed as the singer and songwriter’s most personal, raw, and intimate yet. One could argue that those designations are simultaneously a given and understatement, considering the British megastar’s entire career has been built upon the act of breaking apart the hums of her heart since the release of her very first album, 19. And yet, 30 has still managed to blow all those expectations out of the water with its vulnerable and unabashedly open songs. One such selection is “To Be Loved,” the album’s deeply introspective ballad that has emerged as its resounding centerpiece.

Written around the circumstances of her divorce from ex-husband Simon Konecki, 30 already had a lot going for it when it came to songs tasked with excavating the ruins of her marriage. Its lead single, “Easy On Me,” was an immediate doozy as she zoomed in on how the divorce impacted her relationship with her son, Angelo. On the album, she digs into that realm of the divorce more with songs like “My Little Love,” a breakthrough moment that features intimate voice recordings of her having tough conversations with Angelo. As a whole, 30 holistically examines the divorce from every angle and phase in regards to her son, and her finally moving on towards happiness.

“To be Loved,” however, is the belly of the beast, the album’s show-stopping, penultimate song that finally dives into how the dissolution of the marriage impacted Adele herself, alone, at the end of the day. She gifted it to the world early almost as a gentle warning, releasing a video of her performing the track live from her couch two days before the album dropped in lieu of the official recording: a sting before the real sting. In its lyrics, she minces no words as she retells the story of her and Konecki’s relationship, painting it as doomed from the start. But more remarkably, she reveals the way her perspective of love has shifted following the end of her marriage.

“I built a house for love to grow, I was so young that it was hard to know/ I’m as lost now as I was back then, always make a mess of everything/ It's about time that I face myself, all I do is bleed into someone else/ Painting walls with all my secret tears, filling rooms with all my hopes and fears,” she sings on the first verse.

But this is where “To Be Loved” and 30 deviate from her past discography. In contrast to “Take It All,” on “To Be Loved” Adele’s feelings toward Konecki aren’t spiteful, but instead a measured observation of what went wrong, taking stock of the reality of the situation and, most importantly, her own needs. While 21 Adele would have surely seen the divorce as an armageddon doomsday for the prospect of finding love again, 30 Adele has grown to see failure as par for the course of life and love.

In the song’s pre-chorus, Adele reasons: “But oh my, oh my/ I'll never learn if I never leap/ I'll always yearn if I never speak.” She knows now that her marriage’s collapse isn’t an indictment on her, nor a detriment to seeking love again, but rather an unfortunate circumstance between two people who perhaps just weren’t ready to commit.

These aren’t the light conclusions of a woman who doesn’t understand the stakes of marriage, and in the song’s chorus, Adele asserts that she knows being loved and loving someone takes hard work and sacrifice. “To be loved and love at the highest count means to lose all the things I can't live without/ Let it be known that I will choose to lose, it's a sacrifice,” she sings. But at the same time, sacrifice sometimes isn’t enough to save a marriage: “But I can't live a lie,” she sings in reference to her union with Konecki. “Let it be known, let it be known that I tried.”

On its own, “To Be Loved” is an astonishing marker of growth for the singer, one that’s wholly disarming in effect as a listener, hearing her take accountability for her past actions while at the same time expressing resolute hope for a brighter future.

In the song’s second verse, Adele recommits to betting it all, wagering it all, putting it all on the line again, despite being afraid — “But I’m open wide,” she sings. “I’ll be the one to catch myself this time/ Trying to learn to lean in to it all/ Ain't it funny how the mighty fall?/ Looking back I don't regret a thing/ Yeah, I took some bad turns that I am owning/ I'll stand still and let the storm pass by/ Keep my heart safe 'til the time feels right.”

With “To Be Loved,” Adele cements 30 as an album not about her divorce, but about herself, her own growth, and journey to understanding the tumult of life and uncovering her inner resilience. Unequivocally, that’s something worth bawling your eyes out for, but this time not for love lost, but for the prospect of many loves still awaiting you (and Adele) on the horizon.