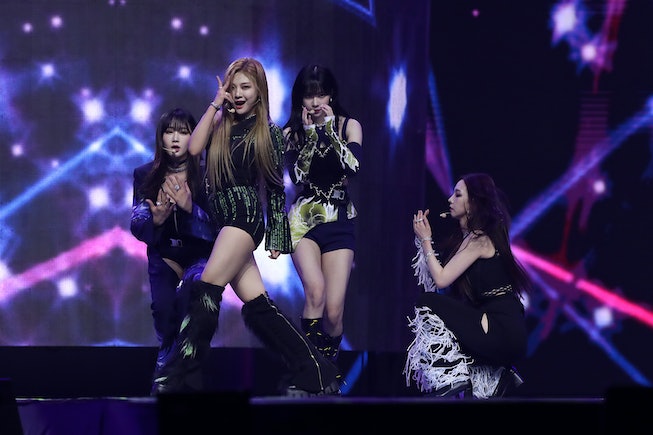 The rumors are true! K-pop’s latest it girls — Karina, Ningning, Winter, and Giselle from the girl group Aespa — are heading to Coachella.

After a week of speculation, NME has finally confirmed the news. The quartet has spent the past few days uploading ambiguous posts on social media that hinted at a trip to California. Fans were already suspicious given the timing, but after the infamous K-pop group, 2NE1, reunited during 88Rising’s set, and Japanese singer-songwriter Hikaru Utada made her Coachella debut last week, it was clear that Aespa was next up to perform at the legendary music festival.

Aespa was formed by SM Entertainment in 2020. Since their arrival, the quartet has released an impressive amount of chart-topping singles, like “Dreams Come True,” “Next Level,” and “Black Mamba,” along with their first “mini-album,” Savage. Their upcoming performance makes them the third K-pop group to perform at Coachella since the festival began in 1999. It is also Aespa’s first time performing live in America.

Though the details of their set are largely under wraps, NME did reveal that Aespa will sing an unreleased track. Stay tuned for more details on their performance, which takes place on Saturday, April 23rd.