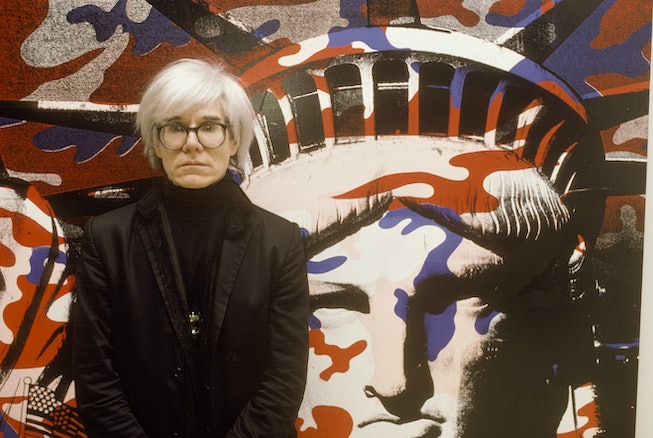 Andy Warhol is getting the chance to tell his own life story. That’s the idea, at least, behind Netflix’s upcoming docuseries: The Andy Warhol Diaries. With the help of AI technology, Warhol’s voice will narrate the project, by using recorded and altered snippets of his diary entries to weave the episodes together.

Warhol rose to fame in the 60s for his groundbreaking and original artwork. He’s credited for leading the pop art movement, which features bright colors and repetitive imagery and challenged the idea of “fine-art.” Warhol died in 1987 at just 58 years old, leaving an impressive legacy behind him that still permeates the art world today.

The Andy Warhol Diaries is a 6-part series created by Ryan Murphy and directed by Andrew Rossi. Together they hired the actor Bill Irwin to record the narration, which was then digitally modified to reflect Warhols voice. The result is a shockingly accurate rendition of Warhol's Pittsburgh accent. According to The Hollywood Reporter, the Andy Warhol foundation was consulted about the project, and gave Murphy and Rossi permission to do it.

Per the log-line, “the series traces Warhol’s almost unbelievably diverse journey fluidly moving between mediums and through eras as an artist — both revered and reviled — director, publisher, TV producer, scene maker, celebrity and much more.”

“This series truly reveals much about the very complex man through his own words,” the synopsis continues. “Often in his own voice through the use of cutting-edge AI techniques and those who worked, created, and played alongside him from the subversive to the mainstream, from John Waters to Rob Lowe.”

A trailer for the upcoming docuseries was released this afternoon. During the sneak-peek, Warhol’s engineered voice says, “I’m just a freak. I wasn’t very close to anyone. Although, I guess I wanted to be.” Warhol was famously private about his personal life, leaving anything outside of his art up for speculation. His diary, however, left a trail of clues behind.

In an interview with Entertainment Weekly, Rossi further explained the reasoning behind using Warhols diary for the series narration. “That’s one reason his diaries are such a rare and fascinating window; he could be incredibly raw and emotional as he talked to his diarist over the phone,” he said. “To fully appreciate the radical vulnerability that Andy shares in the diaries, I felt that we needed to hear the words in Andys own voice.”

The Andy Warhol Diaries premieres March 9th on Netflix. Until then, watch the series trailer below:

NEXT UP
Culture
The 2023 Oscar Nominations Full List Is Here
Culture
Netflix Is Seriously Cracking Down On Sharing Passwords
Culture
Phoebe Dynevor Will Not Return for Bridgerton Season 3
Culture
Succession Season 4 Trailer Explodes With Family Drama
Style + Culture, delivered straight to your inbox.