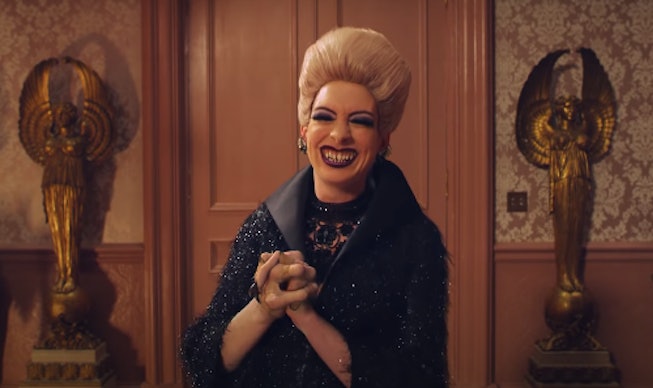 Just in time for spooky season comes the first trailer for The Witches, a new adaptation of the 1983 dark fantasy novel by Roald Dahl. The film stars Anne Hathaway as the evil Grand High Witch, who places a curse on a young Chris Rock, turning him and two other children into mice.

The 1990 adaptation of the film starred Anjelica Huston in the Grand High Witch role, and gained something of a cult following over the years. The new version also features Oscar-winner Octavia Spencer and gay icon Stanley Tucci. The film is by Warner Brothers but will premiere on HBO Max, marking a turning point in film distribution during the current pandemic.

For more witchy movies to stream this fall, head here, and catch the trailer for The Witches below: