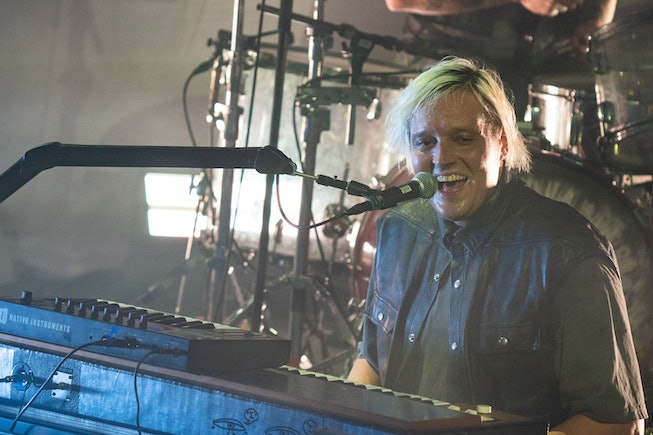 On the heels of releasing their long-awaited sixth studio album, We, on May 6, Arcade Fire visited BBC radio to perform a few of its songs. While they were there, the five-piece band played rousing renditions of their songs “The Lighting I, II” and “Age Of Anxiety II (Rabbit Hole),” but they also decided to try their hand at a cover, choosing arguably the most popular song in the world right now, Harry Styles’ “As It Was.”

While it might seem like an unexpected crossover, their choice of the cover turned out to be quite excellent, with the high-paced tempo of Styles’ track somehow perfectly suited for Arcade Fire’s specific brand of off-kilter whimsy. Their rendition is pretty faithful to the original, maybe leaning a little more raw and rock-ish than the original, with lead vocalist Win Butler’s warbling vocals adding a level of weary maturity to the song. The rest of it was highly playful, however, and everyone looked like they were having a blast.

It was also an impressive display of the band’s skills; the group manages to pound out the beat and melody of the song through their own instruments, bringing in xylophones and bells to create the twinkling top melody of the song.

Arcade Fire’s We is their first release since 2017’s divisive record Everything Now. It’s been touted as a return to the band’s musical roots and is the group’s final project to include former member Will Butler, who amicably departed the group in 2021 after finishing the album.

“I think when we were making these songs, we weren’t sure what world we were making it for,” Win Butler told NME about the album in an interview. “There’s so many precarious things in the world and so much to have anxiety about, but I’ve been trying to really appreciate these moments when I’m in them. When the world is a beautiful place, I’m trying to allow myself to appreciate it in a way that I wouldn’t have before.”

The group played Coachella 2022 and are now gearing up to embark on a world arena tour which is slated to kick off August 30 in Dublin, and will take them across Europe and the U.S.