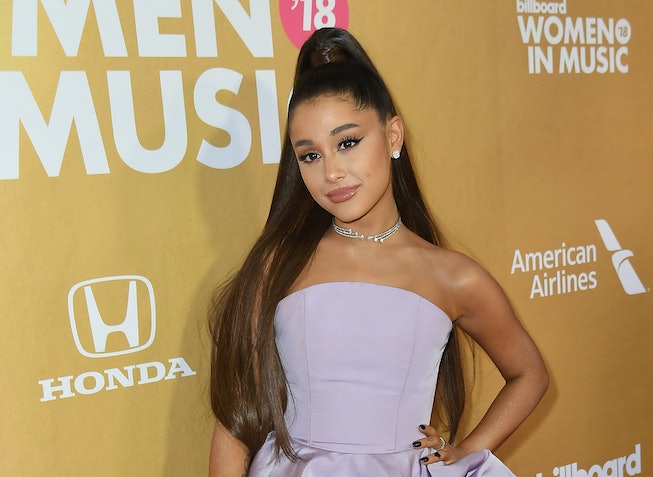 The weekly fight for Billboard's Hot 100 top slot is usually a pretty tame affair, though it can sometimes get ugly. The latest instance being the race between Ariana Grande and Justin Bieber, and 6ix9ine for the week of May 18, 2020. The NYC rapper who recently dropped "Gooba," his first song since being released from prison in early April, accused the pop duo of "paying for number ones" and "manipulating the charts" in a video posted to his Instagram before the official rankings were released. Now, Grande and Bieber have responded to the claims, denying the accusations and saying that they "discredit hardworking women."

Though Grande never calls out 6ix9ine explicitly in her statement, she made it very clear who her words were directed to. "U cannot discredit this as hard as u try to," Grande added. "To anybody that is displeased with their placement on the chart this week or who is spending their time racking their brain thinking of as many ways to discredit hardworking women...i ask you to take a moment to humble yourself."

Bieber, meanwhile, took to his stories to plainly lay out the facts of the situation: "He [6ix9ine] says his streams don't count. Yes they do but he is counting his global streams and this is a domestic chart so only domestic streams count. 60,000 units came because we don't disclose our numbers until end of week. That's called strategy." Bieber later added that he was honored to work with Grande on the song, and that if 6ix9ine was going to call Grande out, "make sure you say mine because it's our song."

For what it's worth, Billboard also took the time out to post a detailed breakdown of their calculations for this week's race to No. 1 — and they more or less backed up Grande and Bieber's explanations. "Counts for a video on its YouTube page are for global plays, and absent any other auditing filters mentioned above. Billboard counts only U.S.-based plays for its charts," Billboard writes.

Case closed. Stream "Stuck With U," below.