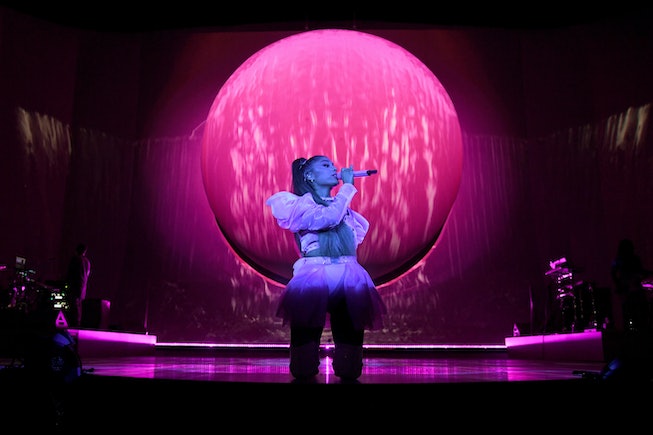 It's been a busy year for Ariana Grande. After releasing Positions, her third number one album in three years, she also announced a new documentary about her 2019 Sweetener World Tour.

“I know this project only captures some of one tour (out of all the other hundreds of shows and moments we have shared over the past six or seven years… jesus lol) but I just wanted to thank u all for showing me more in this lifetime already than I ever dreamed of,” Grande wrote in an announcement post yesterday.

Based on the film's first trailer, which came out today, the doc will feature moments from the stage, offering quarantined fans a chance to relive the celestial concert or watch it for the first time. It'll also include a more intimate look at Grande's life backstage — in one scene from the trailer, she speaks through tears as she describes how important the show was to her.

"It's been hard, physically and mentally, but this show, this show for sure saved my life this year," she tells her team backstage.

Watch the full trailer below:

excuse me, i love you, will drop on December 21 on Netflix.