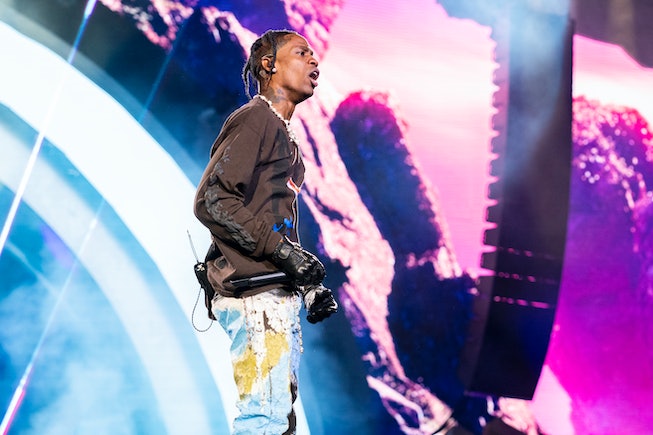 Travis Scott’s hometown music festival Astroworld took a deadly turn last week, with crowd surges and stampedes leading to the deaths of eight concert attendees, and the serious injuries of hundreds more — including a nine-year-old boy still in a coma, and a 22-year-old woman now declared brain dead.

Scott’s influence on youth culture is vast and undeniable, and Astroworld is being picked apart by all affected parties and the music community at large to determine what led to such a catastrophic outcome. Underprepared venue staff, overrun security checkpoints, Scott’s own behavior, and even his set time and stage design have all been pointed to as culprits for the disaster. Lawsuits have already been filed, and some of the 50,000 who were in attendance that night have taken to social media to parse their trauma and share their stories.

It’s human nature to search for reason within chaos, meaning within tragedy. And from a legal (and future prevention) standpoint, determining exactly what went wrong — and who is responsible — is of the utmost importance at this moment. But another theory for the night’s events is being floated on social media, one that finds itself at home amidst our conspiracy-addled times. Social media users are invoking the devil himself, echoing the Satanic Panic that seems to crop up whenever the culture feels unstable or common social mores are under attack.

From users citing a “demonic energy” at the venue to those drawing comparisons between Scott’s aesthetic and 16th century Dutch artist Hieronymus Bosch’s works depicting the afterlife, the conspiracy theories spread as quickly as news of the evening’s events. To be fair, an event where people out for a fun time were senselessly crushed to death is a nightmare. But social media users’ theories have gone to insisting that deaths were part of a demonic ritual, proliferating decades-old satanic panic.

Nowhere have the theories spread more swiftly than on TikTok, which is now actively removing videos that blame the Astroworld deaths on demonic rituals.

Rolling Stone reported on a now-removed video, which had reached 23 million views, focusing on the opening sequence of the show — which features a winged bat creature framed by towers of flames — and correlating its imagery with Satanism. “Look at the symbolism!! A DOVE, a symbol of the human soul, ON FIRE?!?! This is pure evil,” one of the top comments read.

“Such content is in violation of our Community Guidelines and is being removed,” a TikTok representative told Rolling Stone of the videos. The platform says it’s working to remove related content, including search suggestions.

NEXT UP
Entertainment
Harry Styles' Music Video Evolution From "Sign Of The Times" To "As It Was"
Entertainment
Sky Ferreira Teases New Song “Don’t Forget”
Entertainment
Maneskin's "Supermodel" & 9 Other New Songs Out This Week
Entertainment
Panic! At The Disco Appear To Be Planning A Comeback