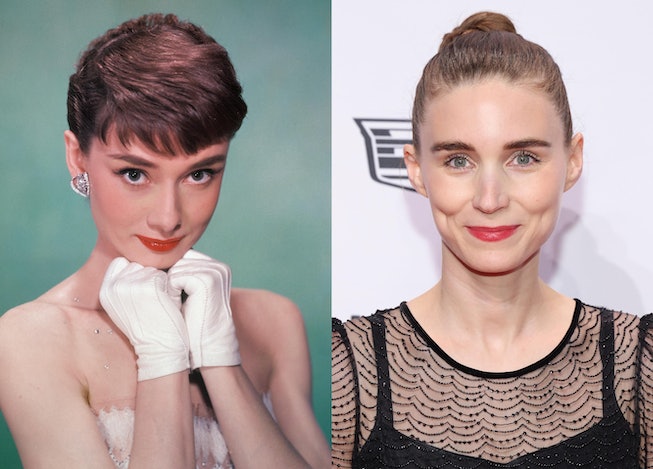 Rooney Mara will play legendary actress Audrey Hepburn in a new biopic for Apple, Variety reports. The film will be directed by Oscar-nominated Call Me By Your Name auteur Luca Guadagnino, with Mara producing and The Giver co-writer Michael Mitnick handling the screen.

Plot details aren’t out yet, but there’s certainly plenty of material to work with. Hepburn starred in several iconic films in her time, including Breakfast At Tiffany’s, My Fair Lady, Sabrina, Charade, and Wait Until Dark. Her four-decade career included working with UNICEF to help children in Africa, South America and Asia, receiving the Presidential Medal of Freedom in 1992, and achieving EGOT status — winning an Emmy, Oscar, Tony, and Grammy.

Mara has also been nominated for an Academy Award twice, for her starring role in 2011’s The Girl With The Dragon Tattoo, and 2015’s Carol. Most recently, she starred in Guillermo del Toro’s Nightmare Alley with Bradley Cooper and Cate Blanchett. For Guadagnino’s part, the Italian filmmaker recently wrapped production on his upcoming romantic horror film Bones and All, starring Taylor Russell and Timothée Chalamet.