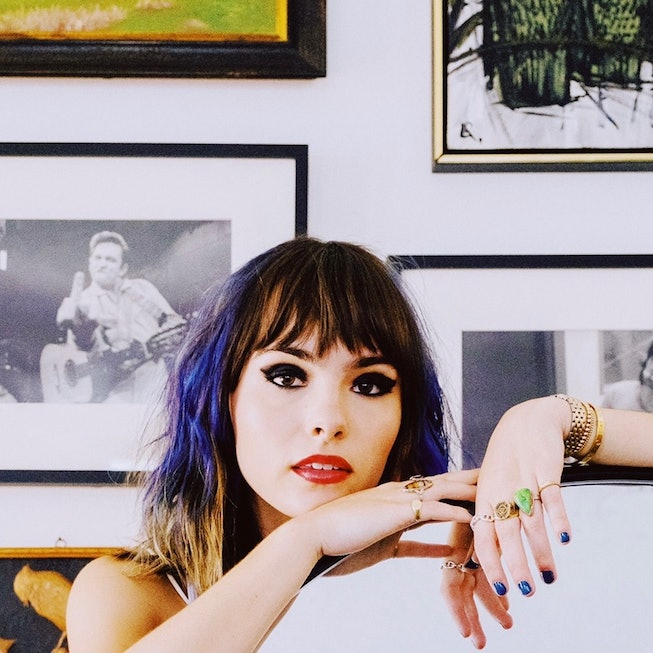 Meet Ava Maybee, the 19-year-old daughter of the Red Hot Chili Peppers' Chad Smith — and a budding new pop singer in her own right. She recently released her first single, "Lay Low," a subtle but groovy, disco-inflected tune about choosing your friends over random hook-ups (we're still in a pandemic, after all). It's a cute bop ideal for striking up a party-for-one vibe anytime of the week, and on Friday, she follows it up with an equally cute visual, featuring a cameo by PRETTYMUCH crooner and dancer Edwin Honoret.

Bathed in glowing neon lights, Maybee, Honoret, and her wider group of friends come together for a wholesome night playing Connect Four and cards that looks like a near-perfect tableau of the party scene from any great teen movie. Except the cool kids are definitely approachable.

Of how the song and video came together, Maybee writes over email: "The writing process for 'Lay Low' was so smooth and my co-writer Emile Ghantous (who also produced) and I finished it in one session. A few nights later, I was hanging out with my friend Marley Sall and we were talking about the song and the whole video concept became so clear to us… even down to details like the use of light to represent the different energies of the characters. It was important to me to cast our real-life friends in the video so the cameras could film us authentically hanging out, laughing, and having fun. Three weeks later we shot it at my house, with an amazing crew, and filmed til 4 a.m.!"

Watch the video for "Lay Low" below.