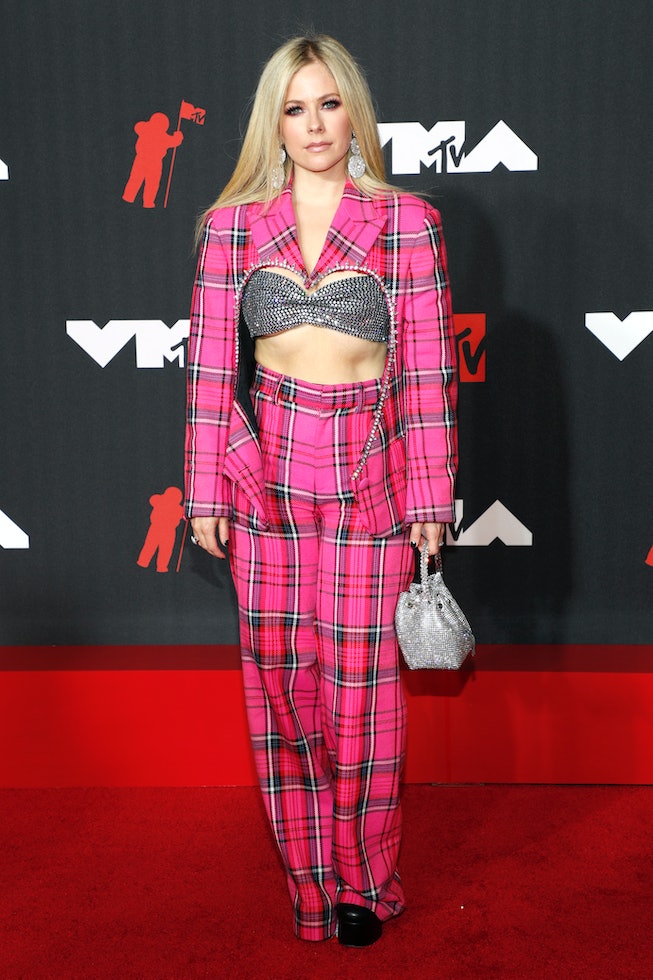 Avril Lavigne is back and so are her abs. The Canadian pop star and pop-punk veteran arrived on the 2021 VMAs red carpet in an eye-catching, hot pink AREA plaid suit with a bedazzled heart cutout big enough to show off a diamond-studded bra underneath. She toted along an equally sparkly handbag, and topped the look off with simple black platform shoes.

The five-time VMA nominee arrived with her boyfriend Mod Sun in tow, the two following in the line of pop-punk aesthetic tradition with him wearing a patch-covered suit covered with the phrase “NO SAFETY.”

Lavigne is in attendance as a presenter for this year’s award show. She was last nominated in 2007 for Monster Single of the Year for her song “Girlfriend.” Her critically acclaimed debut album Let Go netted her her first nomination for Best New Artist in a Video for her song “Complicated.”

Though Lavigne has largely stayed out of the spotlight in recent years, she made headlines this past year with new music with Willow Smith, Yung Blud, and Mod Sun, in conjunction with the cultural revival of pop-punk.