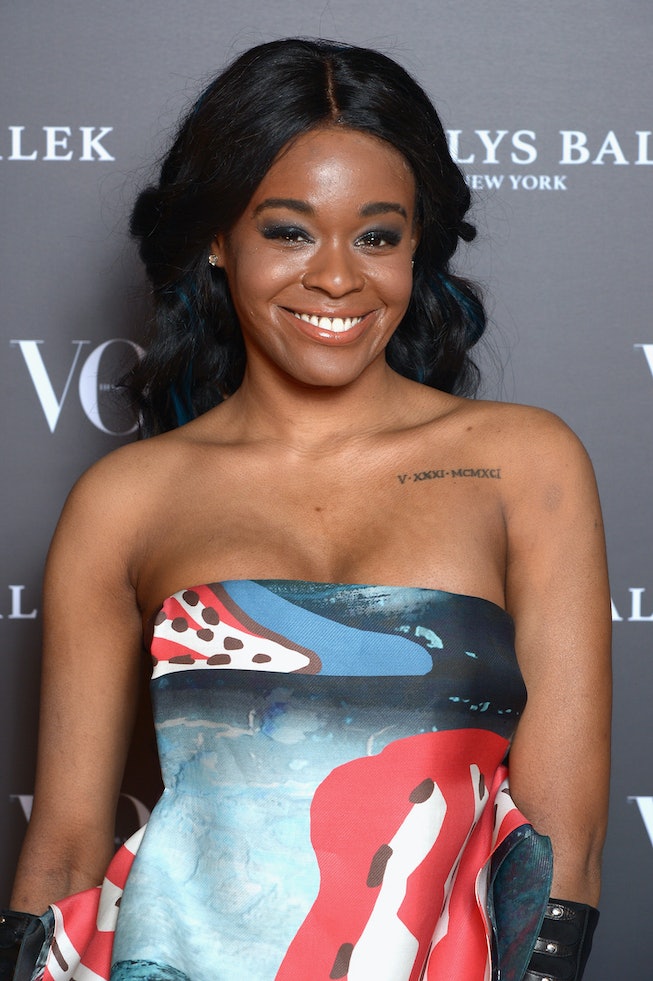 Azealia Banks' Instagram is the beloved rollercoaster of the century. You never really know what you'll be getting when you click through her stories. Will she be naming off her predictions for the next decade? Maybe she'll be listing off her adversaries in music and using her sharp wit to explain exactly how each artist flopped? Part of Banks' charm is the element of surprise, and the latest revelation to come across our screens is news of Banks' engagement to artist Ryder Ripps.

"I just got engaged kunts. I’m crying....I’m Jewish now," Banks announced on Instagram. "MAZEL TOV BITCHES! WE IN HERE....YERRRRRRR." Banks showed off her engagement ring, which eschewed the typical diamond in favor of a gold menorah design. Banks will allegedly be converting to Judaism for Ripps and has taken to calling herself "the Jewcy Diva" in the meantime.

It's unclear when Banks and Ripps began dating, but the two started posting photos together earlier this month in Miami, where Banks recently moved to from Los Angeles. The new fiancées have already began working together creatively, and their first collaborative effort is a video for the Bon Vivant remix of "Miss Camaraderie," which appeared on Banks' 2014 album Broke With Expensive Taste.

Shot at Pérez Art Museum Miami, the minimalist video features Banks doing what she does best — voguing around George Segal’s biblical sculpture Abraham’s Farewell to Ishmael. Ripps noted that the performance was inspired by Banks’ personal experience of sexual exploitation and is a testament to claimed and earned space. Ripps has roots in the net art movement, and also jokingly accepted credit for the CIA's redesign back in early January.

Watch the video below, and a big mazel tov to the couple on all counts.