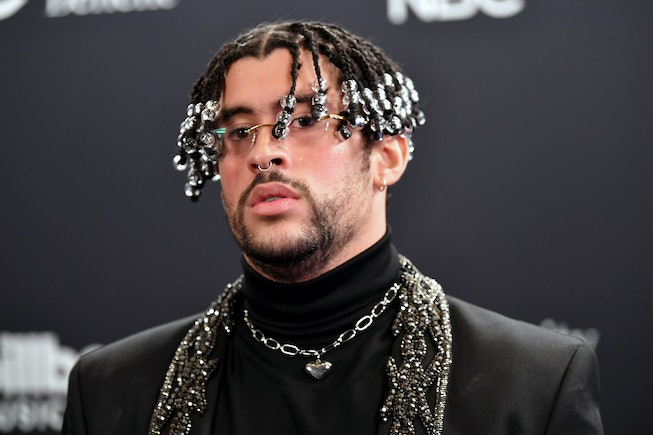 There's a sexy new drug dealer on the block: one Benito Antonio Martínez Ocasio, a.k.a. Bad Bunny. The dealing of illicit substances is, of course, fictitious and part of upcoming third season of the Netflix drama spinoff Narcos: Mexico.

Martínez will be playing rich kid turned drug pusher Arturo “Kitty” Paez, and it will also be the rapper's on-screen acting debut. Beyond Narcos: Mexico, Martínez has had a busy year of surprising fans with new music, first dropping his record YHLQMDLG in February, then releasing a second surpise album, Las Que No Iban a Salir, in May. He also dominated the Latin Grammy nominations, snagging heavyweight categories like Record of the Year for "Vete," Album of the Year for YHLQMDLG, and Best Reggaeton Performance for "Yo Perreo Sola."

Martínez may have had to forego stadium concerts due to the pandemic, but he made due with a surprise performance on a roving, 18-wheeler truck designed to look like a subway car across New York City. Name a more pure love affair than Martínez and his surprises, I dare you.

The new season of Narcos: Mexico has been filming in Mexico throughout the pandemic, and Netflix has yet to attach a release date.