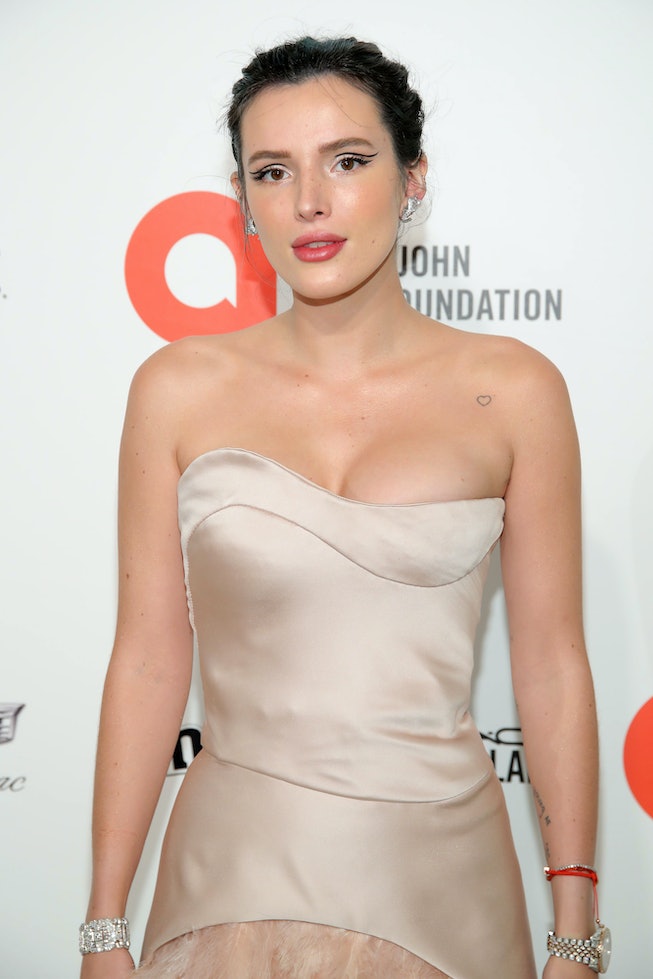 With the world under quarantine, both subscriptions to and creation of accounts on adult-content centered platforms like OnlyFans have surged. It was only a matter of time, then, before celebrities looking for new ways to connect with fans, share content and, more cynically, to cash in on this moment of collective captivity, got in on the game.

From Safaree to Cardi B, plenty of celebs have since joined the platform, with some sharing nude or NSFW content and others using their OnlyFans to add to their trove of fan-friendly content, like additional interviews and music clips. Most recently, Bella Thorne made headlines for raking in $1 million after just one day on the site, and further astounded the internet when it was announced she brought in an additional million on day two.

Thorne's lucrative OnlyFans debut drew some scrutiny as it was, sparking a conversation about who gets to participate in sex work, minus the stigma, compared to those whose livelihood comes from sex work without the protection of celebrity. To make matters worse, Thorne reportedly used the site's pay-per-view feature to charge fans an additional $200 for a photo that turned out not to be nude, as advertised. A day later, OnlyFans announced changes to its policies, putting new price caps on what creators can make, and delaying the receipt of payment from weekly to monthly.

Sex workers on the platform were understandably upset, taking to Twitter to air their grievances. Thorne justified her presence on the platform by saying she was researching a role for an upcoming film with Florida Project director Sean Baker. However, Baker has since denied that any such project exists.

Now, Thorne has taken to Twitter again to apologize for what happened, saying she had intended to "advocate for something bigger than [herself]," writing that she had "wanted to bring attention to the site, the more people on the site the more likely of a chance to normalize the stigmas." She added her original goal was to "remove the stigma behind sex, sex work, and the negativity that surrounds the word SEX itself by bringing a mainstream face to it."