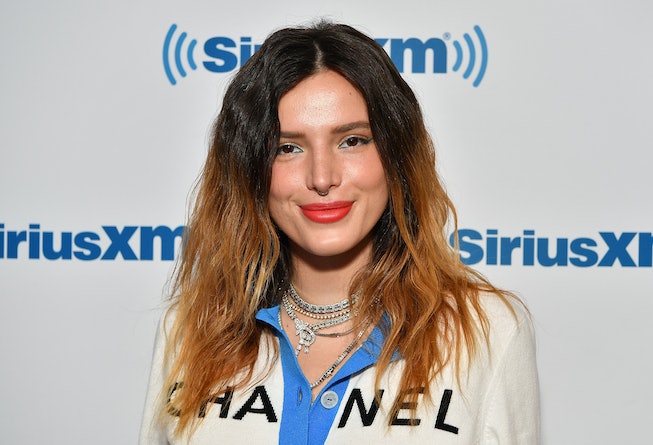 Photo by Rebecca Sapp/Getty Images for The Recording Academy

Bella Thorne is many things: actress, Gen Z wild child, OnlyFans record breaker, and as of this past weekend, a fiancé.

The 23-year became engaged to Italian singer Benjamin Mascolo, and the two joyfully announced the news on Instagram. Mascolo shared photos of him and Thorne locked in a sweet embrace as she showed off her huge pear-shaped engagement ring. “She said YES,” he wrote alongside the post, throwing in a diamond ring emoji as one does at times like these.

Thorne seems more than thrilled with the major life milestone and the massive diamond ring that came along with it, and she even highlighted it on her Instagram stories. “He knows exactly my style,” she wrote. Per Page Six’s esteemed diamond experts, the ring came at a pretty hefty price: “Depending on the quality and specific characteristics of the center stone, we estimate the cost of the ring between approximately $75,000 and $125,000.”

Mascolo and Thorne have been dating for two years, and he allegedly purposed to her on the set of a film in which they both star. The couple will take their wedding celebrations international in due time, as Mascolo promised to enjoy the nuptials “in Italy and America both.”