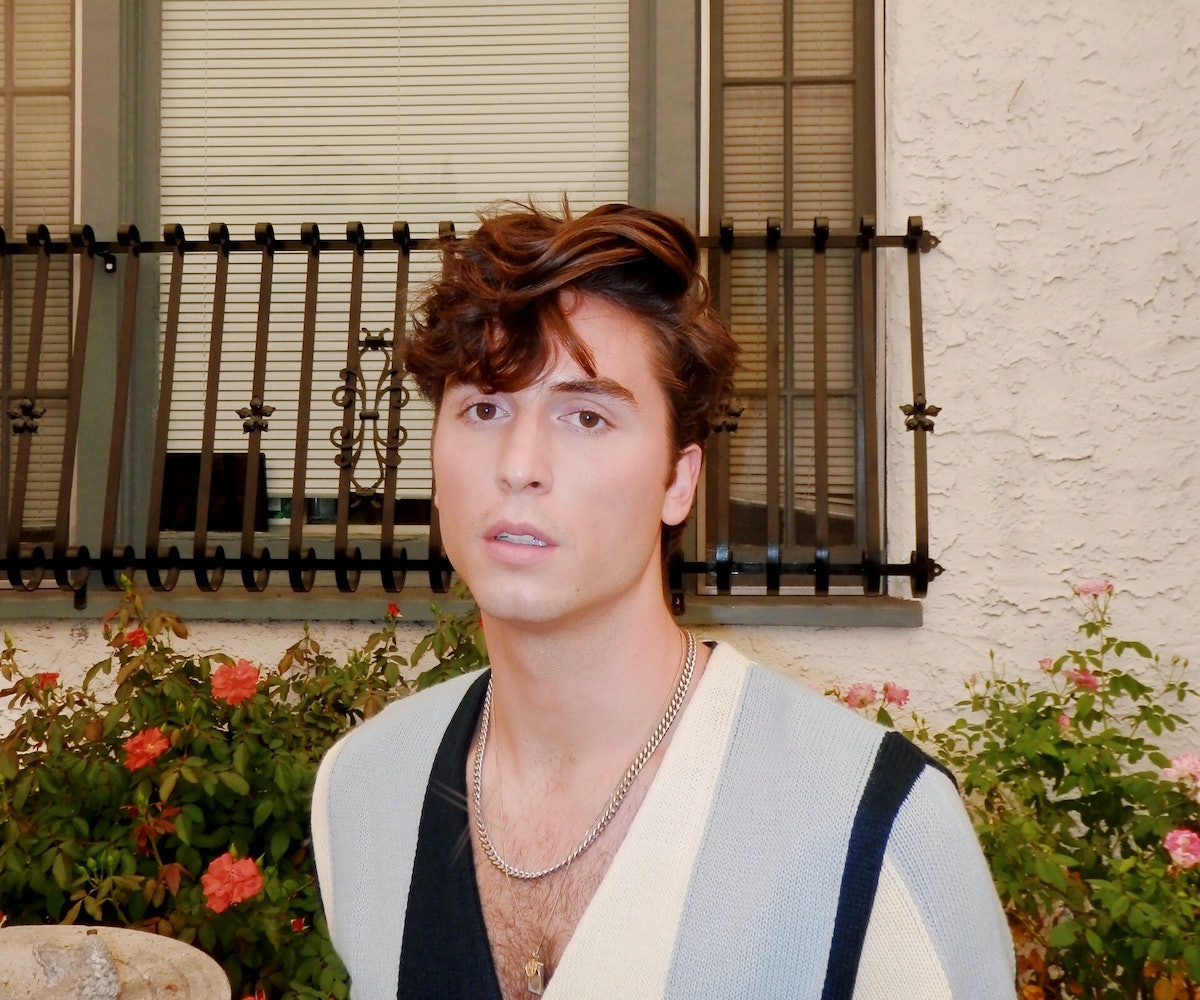 Benito Skinner has an uncanny way of capturing someone’s essence while still retaining his own. That’s the mark of any good impersonator, but add quick-tempo scripts, a detailed attention to costumery, and a celeb-filled, million-strong fanbase, and you’ve got Benny Drama.

The 26-year-old comic first gained popularity with his impersonation videos — including a particularly serene one of Antoni Porowski wandering the Seattle fish market. The Kardashians appear as flawless, robotic avatars — along with a devilish Kris Jenner wearing monster claws. (They've since commented with approval.)

Astrology videos, formatted as “Dating An [Insert Your Sign Here],” deliver devastating blows to fragile egos everywhere, and so of course they’re Drama’s most popular. “The astrology was a big thing for me,” Benny admits, speaking to NYLON from his new, roomier home in Los Angeles after a recent move from New York (“I can store my wigs now,” he notes). Part of what makes the Skinner universe so engrossing is his commitment to character — every character. Aquarius is a spaced-out Paris Hilton, and Taurus is a crunchy, cuddly boyfriend reimagined as Noah Centineo. Scorpio is an angsty goth teen (“I love a goth phase,” Skinner says), while nitpicky Virgo is a partner-preening Hannibal Lecter. Appropriately not one but two hot messes, Gemini is a happy-go-lucky know-it-all occasionally overtaken by her evil twin, Patricia. Everyone is horny.

“I’m always interested in why so few of us feel like we're enough, why we all think that something is inherently wrong with us,” Skinner says of his approach to character creation. “That's always been like a huge interest in my work — maybe those little things or that one thing that someone said in high school that stuck with us, and now we're just constantly overcompensating for that one thing.”

Skinner sees himself in his characters, who are often wearing several masks in addition to their layers of makeup. When the masks slip and the characters’ flaws, despite their best efforts, are revealed, the payoff is much greater than it would be if the gag were simply mean. Astrology’s appeal lies in the hey-that’s-me moment of recognition that happens during a reading, and Benny manages to read himself and his audience at the same time.

“I love them,” he says of his characters. “Even editing a video today of my hairstylist character Jenny, my boyfriend [Terry O’Connor] was like, ‘I mean, she's just you.’ I hope that people feel a sense of love in all these videos because even if I'm doing an impression of somebody who actually exists, that's coming from a place of love and coming from a place of respect. It makes me really happy to make them, so I hope that comes through in the actual final product.”

Skinner describes himself almost as something of a late bloomer. He learned to fully embody his first character — a straight person — growing up in Idaho, and didn’t come out until his senior year of college. Though he studied film, when it comes to improvising and acting, Benny is self-taught, and his identity and creative work are tied together both in content and in his driving sense of purpose.

“I've always done impressions of people,” he says. “I've always loved being someone else. And I love, I love being on camera so much.” His early forays into performance — making dance videos as a kid, reciting his favorite movies and shows — were harshly stifled around elementary school, “once I heard faggot for the first time. Then I changed my tune a bit, which kind of devastates me. But I think at the same time, I'm really happy with where I am now. So obviously it was kind of a part of my process.”

It’s also part of his comedy. “The things we think we have to do, be it from the media or the world we live in or even Instagram, it's feeling like you have to be this perfect version of yourself. That is always so funny to me because people are actually like, ‘We're all disgusting.’ It's so funny that we try to present this perfectly crafted world for ourselves, and I think there's so much comedy within that. I find it easiest to laugh at things that are sad for me. Like the fact that I wasn’t out in high school is sad to me, but it is so funny the things that I thought I needed to do, that I just absolutely didn’t.”

Skinner’s comedy is steeped in queer culture, pop culture, and that chromatic intersection where they meet. Cultural touchstones for the younger generations play an especially important role, with Benny poking fun at our nostalgic obsessions while clearly sharing in our fandom. Lizzie McGuire, Gossip Girl, and Queer Eye all get their moment under Benny’s sun, with the latter featuring the comedian playing JVN as Jesus (“It’s called retinol, John, get your sh*t together”) and starring comedian Mary Beth Barone as Mary Magdalene.

“I wasn't out yet when I started making the videos, and I think you can see on my page a progression of someone who started to understand their queer identity, and then started to really love it,” he says. “I feel like so proud to be gay now, but I think that's kind of my journey with my sexuality, is the journey you see on my Instagram of initially being uncomfortable and not feeling comfortable on camera, to now I'm in full looks doing full character work and truly like in heaven. I can't believe I get to do this.”

In addition to his Instagram videos, which were his first viral medium — and now specifically on IG Reels, Instagram’s answer to TikTok — Skinner is branching out into more traditional forms of media as he finishes work on a still-secret pilot. He’s also working on a digital Halloween livestream — a play on the live show he was putting on before quarantine ended large gatherings. But Skinner is well aware of, and has gratitude for, the digital wave that brought him here.

“What is so great about the internet and the time we're living in now,” he says, “is that I can be so many characters, and I've tried so many of these things, and I've been on camera so much, and I didn't need a casting director to do that for me and decide that I was worthy of a part. I just wrote the part and made myself the part. We’re kind of getting rid of that, ‘You have to have gone to this school, and you have to have done this program, and all this.’ Or you didn't have to. Maybe you're just doing it your own way, and it works.”