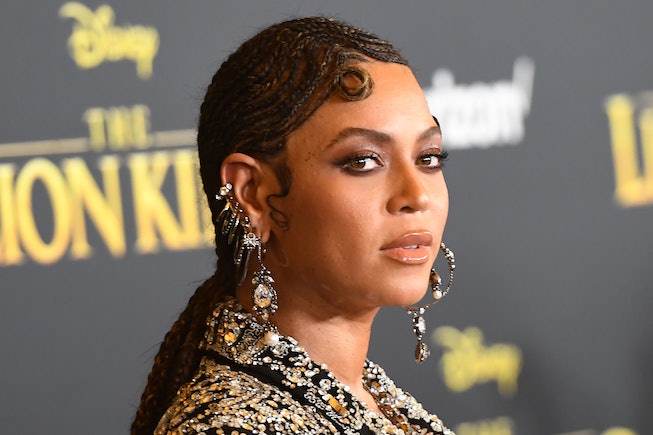 On her new album, Renaissance, Beyoncé utilized a variety of samples and collaborators, many of whom were thrilled to be part of the experience (and to get their credits). After being criticized by Kelis during the album’s rollout, though, for using her sample on “Energy” (which Beyoncé then removed), the singer is now facing public blowback from English pop band Right Said Fred, whose 1991 hit “I’m Too Sexy” is interpolated on “Alien Superstar.”

At first, the group seemed happy about the sample, tweeting a week before the album dropped, “It’s nice to get a writing credit on the new Beyonce album.” The band also shared on Instagram, “Writing credits with Taylor Swift, Drake and now Beyoncé, not bad for 2 blokes that haven’t been play-listed in the UK for over 25 years.”

In a new interview with British tabloid The Sun, however, brothers Fred and Richard Fairbrass (who are credited on “Alien Superstar” along with former group member Rob Manzoli), had harsh words for Bey. “Normally the artist approaches us but Beyoncé didn’t because she is such an arrogant person she just had probably thought ‘come and get me’ so we heard about it after the fact when you did. But everyone else, Drake and Taylor Swift, they came to us.” (Drake sampled “I’m Too Sexy” on his 2021 song “Way 2 Sexy,” as did Swift on 2017’s “Look What You Made Me Do.”)

The pair continued: “To use our melody they need our permission so they send us the demo and we approve it and if so we get a co-write credit. With this Beyoncé thing there are 22 writers it’s ridiculous so we would get about 40p. The reason that is happening we think is because there is so little money now in the actual sales people like friends, golfing partners, engineers, bookers and the guy who brings the coke, they all want a cut."

They added: "We can’t stop it. There is nothing we can do. It is sh*t. You are going to get into a conversation with someone who has a lot more presence and power and money than we do. And that won’t go well. It’s best to let it go. If you’re not careful you spend your life looking back. We keep looking forward the whole time."

On Friday, October 7th, Beyoncé responded to Right Said Fred, denying claims that permission for the sample wasn’t granted and calling their comments false. In a statement provided to Pitchfork, Beyoncé’s team said:

The comments made by Right Said Fred stating that Beyonce used “I’m Too Sexy” in “Alien Superstar” without permission are erroneous and incredibly disparaging. Permission was not only granted for its use, but they publicly spoke of their gratitude for being on the album. For their song, there was no sound recording use, only the composition was utilized. Permission was asked of their publisher on May 11, 2022 and the publisher approved the use on June 15, 2022. They were paid for the usage in August, 2022. Furthermore, the copyright percentage of the Right Said Fred writers with respect to the use of “I’m Too Sexy” is a substantial portion of the composition. Collectively the Right Said Fred writers own more than any other singular writer and have co-writer credit. This accusation is false.

The Fairbrass brothers have yet to respond.