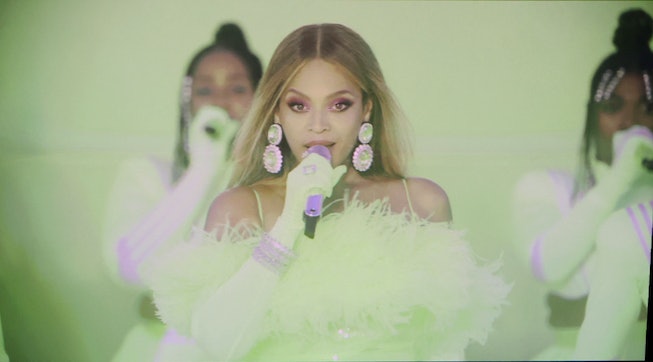 Being the biggest pop star in the world doesn’t come without a few controversies. With the release of her dancefloor-friendly seventh studio album, Renaissance, Beyoncé has already attracted her fair share of issues. From being accused of using an ableist slur, to a callout about a sample from Kelis, here are the Renaissance controversies, explained:

Fans accuse Beyoncé of using an ableist slur on “Heated.”

Just over a month after Lizzo removed the word “spaz” from her song “Grrrls” following an online backlash, Beyoncé is doing the same. The track “Heated” includes the lines: “Spazzin’ on that ass, spazz on that ass.” Listeners immediately reacted on social media, calling “spaz” an ableist slur and expressing their disappointment and outrage over its use by Beyoncé.

A rep for Beyoncé’s team confirmed to Variety on Monday that the “Heated” lyric will be replaced. “The word, not used intentionally in a harmful way, will be replaced,” a statement read.

Hannah Diviney wrote for The Guardian: “Beyoncé’s commitment to storytelling musically and visually is unparalleled, as is her power to have the world paying attention to the narratives, struggles and nuanced lived experience of being a Black woman… But that doesn’t excuse her use of ableist language.”

“Spaz” comes from “spastic,” a medical term which refers to a disability causing a person to be unable to control their muscles. After its use in Lizzo’s “Grrrls,” people debated the history of the word online, with the consensus ultimately coming down to it being offensive to people with disabilities.

After the backlash following “Grrrls,” Lizzo wrote in a statement on social media: “Let’s make one thing clear: I never want to promote derogatory language. As a fat black woman in America, I’ve had many hurtful words used against me so I overstand the power words can have (whether intentionally or in my case, unintentionally).”

Kelis says Beyoncé should’ve contacted her before sampling her song “Milkshake” on “Energy.”

On Thursday, Kelis shared two videos to Instagram accusing Beyoncé of theft for sampling her 2003 hit “Milkshake” on Renaissance track “Energy.” Kelis called out Beyoncé, as well The Neptunes’ Pharrell Williams and Chad Hugo, for not telling her the song would be sampled; she further expounded on the contract she signed in the early 2000s with Pharrell, which gives him her publishing rights, despite not having written her songs, she says.

In response to a fan post about the use of the sample, Kelis wrote, “My mind is blown too because the level of disrespect and utter ignorance of all 3 parties involved is astounding. I heard about this the same way everyone else did. Nothing is ever as it seems, some of the people in this business have no soul or integrity and they have everyone fooled.”

In her video, Kelis stated, “The reality is that my real beef, is not only with Beyoncé, because at the end of the day, she sampled a record, she’s copied me before, so have many other artists, it’s fine, I don’t care about that.” She said telling her the song was sampled would have been “common decency,” adding, “Especially because, as so many of you pointed out — I know what I own and what I don’t own. I also know the lies that were told. I also know the things that were stolen. Publishing was stolen, people were swindled out of rights. It happens all the time, especially back then. So, it’s not about me being mad about Beyoncé.”

In 2020, Kelis told The Guardian that when she was a younger artist working with Williams and Hugo, she was “blatantly lied to and tricked” by “the Neptunes and their management and their lawyers and all that stuff,” adding that she didn’t make any money from her popular first two albums.

On Tuesday, August 2nd, it was reported that Beyoncé removed the offending sample from “Energy.” The sample can no longer be heard on the album, and its credits have been removed from streaming services.

After the “Heated” callout, Monica Lewinsky criticized the lyrics from 2013’s “Partition.”

After Beyoncé was accused of using an ableist slur on the track “Heated” — which has since been removed — Monica Lewinsky dug into the singer’s older lyric choices as well.

Lewinsky is briefly mentioned on Beyoncé’s 2013 track “Partition,” from her self-titled album. The anti-bullying advocate became famous in 1998 for having an affair with then-president, Bill Clinton. While rapping about hooking up with her husband in the back of a car, Beyoncé sings: “He Monica Lewinsky'd all on my gown.” Following the backlash surrounding “Heated,” Lewinsky directed people's attention at her issue with the singer and tweeted, “uhmm, while we’re at it...#Partition.”

Shortly after Renaissance was released, the prolific American songwriter Dianne Warren peeked at the album writing credits and questioned why “Alien Superstar” had 24 people credited. The musician shared her confusion on Twitter, writing, “How can there be 24 writers on a song?” accompanied by an eye-roll emoji.

Fans quickly jumped to Beyoncé’s defense, taking the emoji as a sign of disrespect, and began spamming Warren’s account. Many messages pointed out that the song included a myriad of samples, while another Twitter user said Warren’s suspicions projected a “white, capitalistic, patriarchal” view of music creation. Warren later backtracked and tweeted, “This isn’t meant as shade, I’m just curious,” and, “Ok, it’s prob samples that add up the amount of writers.”

Beyoncé’s lead co-writer, The Dream, caught wind of Warren's tweet and responded to her directly. “You mean how’s does our (Black) culture have so many writers,” he wrote, “well it started because we couldn’t afford certain things starting out, so we started sampling and it became an Artform, a major part of the Black Culture (hip hop) in America. Had that era not happened who knows. U good?”

Warren then wrote back, “I didn’t mean that as an attack or as disrespect. I didn’t know this, thank U for making me aware of it. No need to be mean about it.”

Following the backlash, Warren was quick to issue an apology. She later tweeted, “Ok, I meant no disrespect to @Beyonce, who I’ve worked with and admire. I’m sorry for the misunderstanding.” She also told Rolling Stone that she was a fan of the record. “I meant no disrespect by my tweet,” she said. “I love Beyoncé’s new album.”