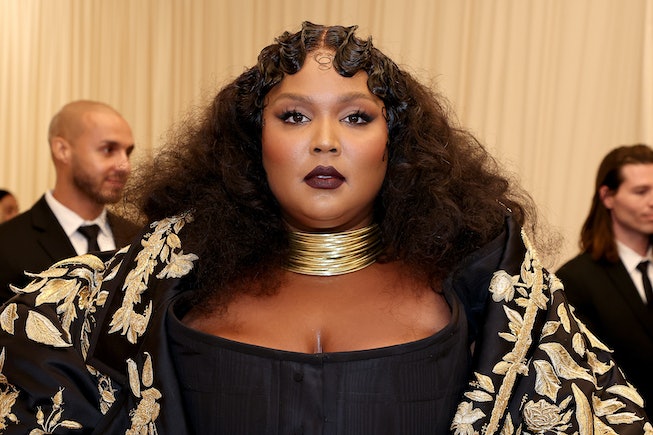 Lizzo has responded to criticism of her use of the word “spaz” in her new single “Grrrls,” telling fans that any offense was unintentional, and that she is changing the lyric. Fans and critics called out the term as an ableist slur referring to people with conditions like cerebral palsy.

“Let me make one thing clear: I never want to promote derogatory language,” Lizzo wrote in a note shared to socials on Monday, June 13th. “As a fat black woman in America, I’ve had many hurtful words used against me so I overstand the power words can have (whether intentionally or in my case, unintentionally).”

She then shared that there’s a new version of “Grrrls,” as a result of her “listening and taking action.” Read Lizzo’s whole note, below:

Lizzo’s latest track, “Grrrls,” is stirring up attention for all the wrong reasons. The new single — which dropped on June 10th to tease the singer’s upcoming sophomore album — is being called out for including a poor choice of words in its opening lines.

In the first verse, Lizzo sings, “Hold my bag b*itch / Hold my bag / Do you see this sh*t / I’m a sp*z.” The final word caught the attention of disability activists who say the term is an ableist slur that makes fun of people with conditions including cerebral palsy.

One Twitter user wrote, “I’m disappointed in @lizzo for using the “sp@z” in her new song “Grrrls.” There’s no excuse for using an ableist insult in a song in 2022. As someone who champions women, plus size people, and others whom society treats poorly, Lizzo preaches inclusivity and should do better.” Another person tweeted, “Hey @lizzo my disability Cerebral Palsy is literally classified as Spastic Diplegia (where spasticity refers to unending painful tightness in my legs) your new song makes me pretty angry + sad. ‘Spaz’ doesn’t mean freaked out or crazy. It’s an ableist slur. It’s 2022. Do better.”

While some fans have responded to the controversy with harsh criticism, others hope it can be a teachable moment. “I’ve seen a few comments across the internet talking about ‘canceling Lizzo’ and that’s not what we want,” another Twitter user wrote, “we want to educate her and have the word changed.” Another like-minded fan tweeted, “To start with, just to be clear? I don’t agree with the use of the word. I also think there needs to be a way to reach out to her to educate her & wait for a response before we even think about nailing her to the cross.”

As the conversation surrounding “Grrrls” continues to evolve, more fans are asking the singer to address their concerns. Lizzo has not spoken about the controversy yet or confirmed if she will make an adjustment to the lyrics.