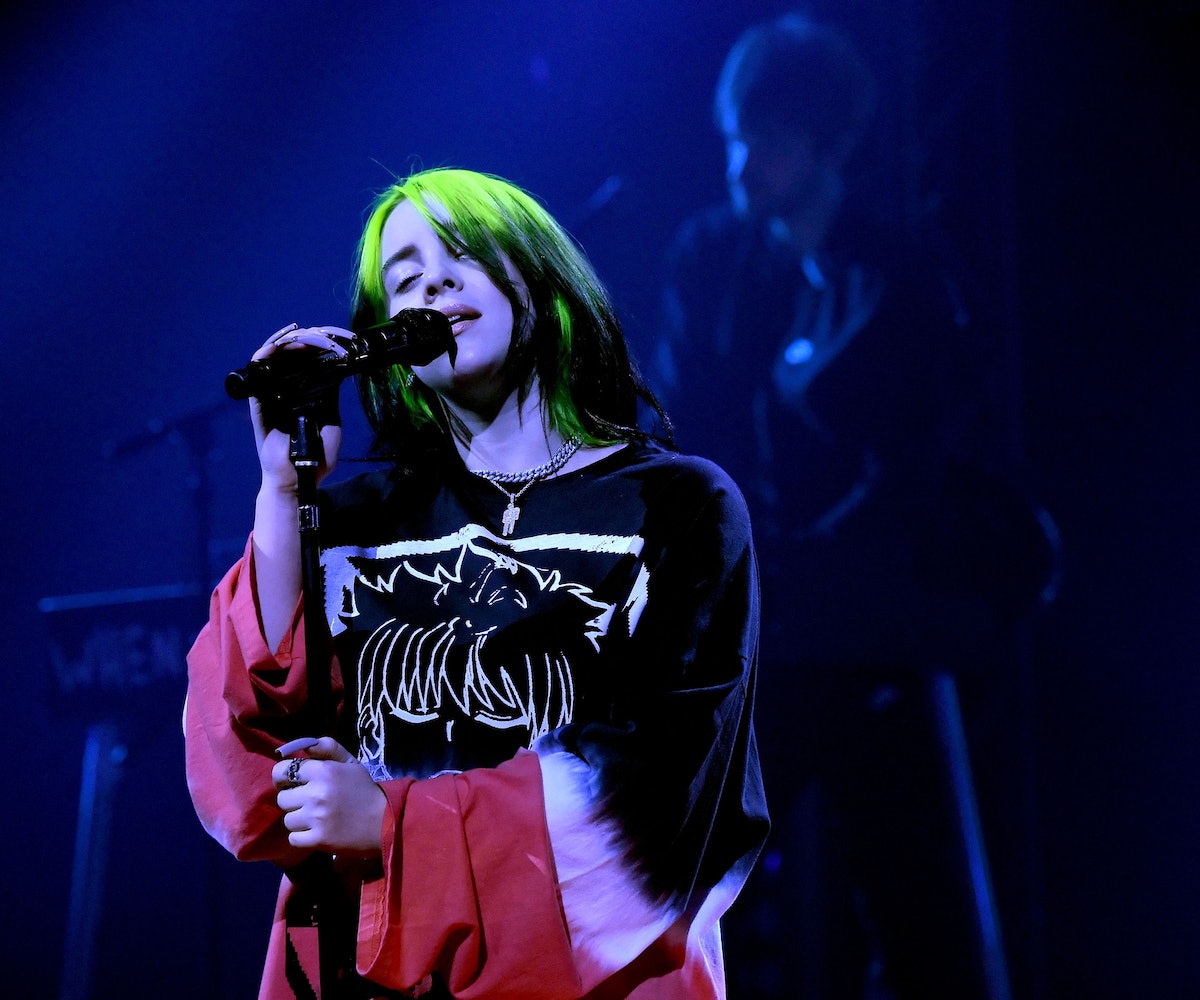 Buckle up Billie Eilish fans, it's gonna be a busy week. Not only is the global superstar set to release her highly-anticipated documentary with Apple TV+, Billie Eilish: The World's A Little Blurry, on Friday, the singer has now announced that fans who turn into the event a bit early will be awarded with yet another surprise.

Starting at 6pm PT on Thursday February 25, fans will be able to tune into a special premiere live event that will include a "stripped down" performance from Eilish, an interview with director R J Cutler (of The September Issue fame), and an interview with Eilish moderated by Apple Music Radio host Zane Lowe. In anticipation of all the upcoming festivities, the pop star has now also released a new live rendition of "ilomilo", the brooding song from which the documentary takes its name, that you can stream below now.

Billie Eilish: The World's A Little Blurry follows a monumental year for the 19-year-old singer who began her 2020 by sweeping the Grammy awards — and it feels like it only got bigger from there. The Los Angeles native was recruited to sing the next 007 theme song, and released two singles, the unexpectedly jazzy bop "My Future" and misfit anthem "Therefore I Am." And though the pandemic effectively put a stop to what surely would've been a massive world tour for the young star, Eilish still managed to treat her fans to an immersive and flashy virtual concert, Where Do We Go? The Livestream, one of the few virtual shows that stood out in a waterlogged year for livestreams.

After a year of unanticipated distance, Eilish's upcoming documentary now hopes to bring fans closer than close, as it attempts to tell the "true coming-of-age story of the singer-songwriter and her rise to global superstardom," along with the making of her award-winning debut album, When We All Fall Asleep, Where Do We Go?, per a press release.

Catch the premiere on Friday, and the special live event on Thursday from 6pm to 9pm PT via the Apple TV App, Apple Music App, or Eilish’s own YouTube channel.