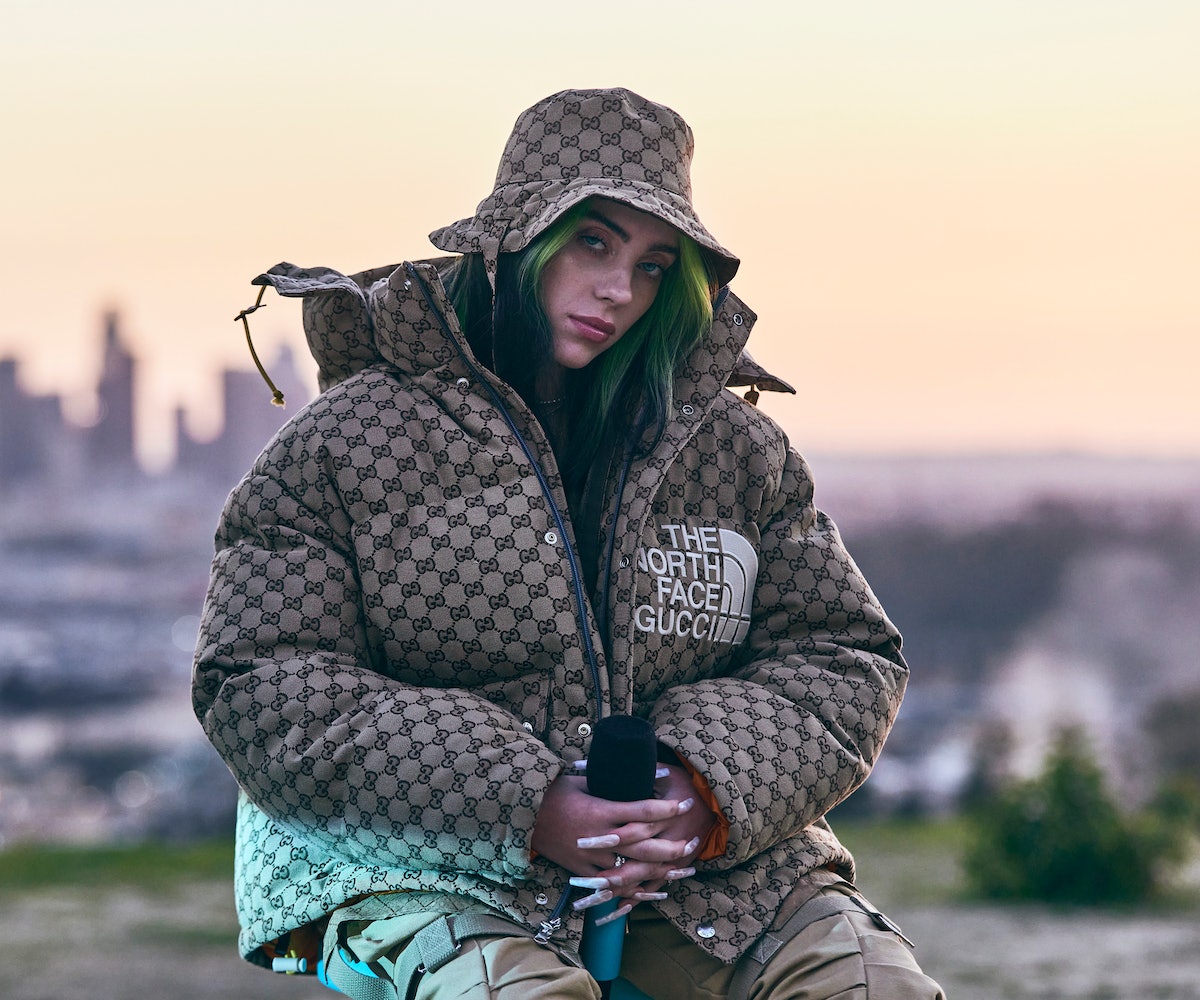 About thirty minutes into Billie Eilish: The World Is A Little Blurry — R J Cutler’s illuminating, fairly lengthy documentary about the young superstar, a 16-year-old, blue-haired Eilish walks in on her brother Finneas and her mother talking about her in the kitchen of their Los Angeles home. It’s sometime in 2018, and her Grammy-nominated debut album, When We All Fall Asleep, Where Do We Go? is not yet complete. It’s become a stress point for the music-making siblings.

Finneas came into the kitchen to vent to their mom, Maggie, about the pressure he’s feeling from their label, which he says has instructed him to get Eilish to write a “hit.” The problem is that Eilish already hates writing songs, much less “hit” songs, which are more likely to attract hate from the general populace — not to mention her already large legion of fans online. His mom tells him he’s not going to get anywhere by keeping things from Billie, and gently suggests trying to make their next few songs "a little more conventional or accessible.”

Hearing this, after quietly standing aside for most of the conversation, Eilish finally cuts in. “You both are talking about something we’ve always talked about as a negative thing, where songs are just for everyone, anyone can relate,” she asserts. “I don’t like that.” This quick assertion could be overlooked as a throwaway retaliation during the siblings' quarrel. What it really is, however, is a summation of her own career — and more or less the thesis of this film about it.

Since her arrival on the scene in 2016 with the delicate “Ocean Eyes,” every aspect of the now 19-year-old artist’s rise has defied popular music convention. Her moody and minimally-produced songs skew more ballad than pop “hit,” and her superstar uniform of choice, baggy and amorphous clothing, is more of a shield than an invitation to get to know her. She sings about monsters, death, and stowing her dead ex-friends in the trunk of her car. She’s right: conventionality and accessibility have never worked for her. It’s exactly why Eilish has attracted such adoring praise from both fans and the music industry alike, and it’s with that point in mind Cutler focuses his discerning lens.

The dense two-hour documentary is more than a portrait of a young star. It’s a full 3D rendering of her reality — and her family’s — grappling with her frightening level of fame, and trying not to get lost in it. (One can’t help but compare it to another recent documentary about a young star who also rose to fame under heavy parental influence.)

The film is composed almost entirely of raw vérité-shot footage of the last three-or-so years, with the rare in-the-moment interview. There are no talking heads and no outsider narration; there aren’t any text placards to introduce the people coming in and out of her life, save for those noting a location change (we go everywhere from Houston to Paris with the Eilish clan). Because of this, the film can get a bit tedious, and for the non-fanatic fan, a little confusing to follow. But, in return, the viewer receives an almost unedited, abridged document of Eilish's reality.

We follow along as she gets her permit, records her album, embarks on a winding tour through Europe, does press interviews, makes her debut at Coachella, records her Bond anthem “No Time To Die,” and, eventually, sweeps the Grammys. We also see the granular details in between: her brother giving a knowing look to the camera when she says something especially teenager-ish, a quiet and tense discussion with her mom about the suicidal nature of one of her songs, an annoyed tantrum thrown after a meet-n-greet with industry insiders goes wrong. There’s a whole side plot line about Billie’s secret relationship with rapper 7: AMP, whom she calls Q. She gets exasperated, giddy, angry, embarrassed, sullen, and all other emotional indications that remind you that, yes, she’s still a teenager.

But some of the film’s most perceptive, prickling moments are not focused on Eilish, but rather her parents, whom, the film makes clear, are essentially with their daughter for every moment of her life. They have on their shoulders a weighty task. They must help oversee this massive machine that is their daughter’s career, while also giving Billie a nourishing adolescence and space to come into her own.

In the second half of the film, Eilish speeds off to a friend’s house in her new matte-black Dodge Challenger, her dream car, when the camera turns to her father, who’d walked out to the curb to send her off. We watch as he makes sense of this newly passed benchmark into adulthood: her ability to flee the house now unencumbered. He says some words about how getting a driver’s license is an inevitable part of growing up, but it soon becomes clear he’s also talking about something else. “All these things aren’t sudden for the most part,” he says. “Her childhood went somewhere a while ago... Everybody feels that way when they get their driver's license; you’re off to see what your life turns into. So yeah... And then we live in denial as always because you can’t think about it too hard, or you won’t let her do anything.”

As a whole, the documentary is one of the rawest explorations of fame and young celebrity in recent memory, told through the story of someone who wants to do it well. For herself, surely, but one gets the sense, more so, for her legion of followers. “I don’t think of them as fans ever,” she says at one point. “They’re like a part of me.” It makes the stakes for her and her family's every decision feel impossibly higher.

Early in the film, one of Eilish’s handlers asks if she really wants to put out “Xanny,” her anti-drug song, because people could use it against her in the future, if she ends up going down that path. Maggie, who’s massaging her shoulders, suddenly butts in.

“What, do you have to plan right now that every person who does what you do has to grow up, and f*ck up that way and you have to plan it so that you don’t get hate later when you do it because when you were younger you said you wouldn’t?” she says in one breath. “Why are your parents with you all the time? I mean you’ve got a whole army of people trying to help you not decide to destroy your life like people in your shoes have done before.”

Eilish just grimaces into the camera.