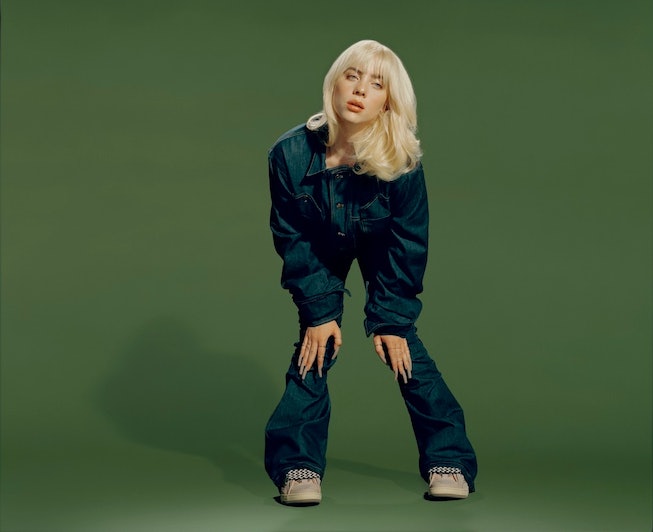 Billie Eilish’s newest single from her greatly anticipated album Happier Than Ever has arrived, and on it she’s contemplating the darker sides of fame as she sings about stalkers, keeping secrets, and relationships.

Titled “NDA,” the moody pop song arrived on Friday at midnight with a music video directed by Eilish. The Billie and FINNEAS team rarely goes overboard with their beats, and “NDA” is no different; it’s a brooding, dark, and minimalist track for most of its runtime, save on the chorus when it bursts out in sound with Eilish belting in AutoTune: “You couldn't save me, but you can't let me go/ I can crave you, but you don't need to know.”

Thematically, “NDA” continues to fill in Eilish’s nuanced perspective on fame and her celebrity, exploring the dark underbelly of your face being ubiquitous. In the lyrics, Eilish mentions a stalker that she has “walkin’ up and down the street/ Says he’s Satan and wants to meet.” She reveals that she secretly purchased a house when she was 17, invited a “pretty boy” over and made him sign an NDA, a weird act of power. On the second verse, she contemplates quitting fame for good: “I can barely go outside, I think I hate it herе/ Maybе I should think about a new career/ Somewhere in Kaua'i where I can disappear.”

The video shows Eilish walking alone at night on a dark road as cars weave around her and a group of people continuously flashes in an out of existence behind her. Notably, it was all shot in one take with no stunt doubles or VFX used on the cars; instead, the singer recruited 25 professional (and very well-rehearsed) drivers to man them.

Eilish’s fraught relationship with fame is no secret. The young pop star famously compared her celebrity to “a nightmare” on her song “Everything I Wanted,” and her documentary Billie Eilish: The World’s A Little Bit Blurry is essentially two hours of watching her and her family acclimatize to their new life.

Eilish has already released singles “My Future,” “Your Power,” and “Lost Cause” from her upcoming album.

Happier Than Ever is out July 30 via Darkroom/Interscope.

NEXT UP
Entertainment
Chloe's "Pray It Away" & 9 Other New Songs Out This Week
Entertainment
Harry Styles Is Performing At The 2023 Grammys
Entertainment
19 Niche Music Festivals For Every Type Of Person
Entertainment
Samia On 'Honey' & Saying The Ugly Part Out Loud
Style + Culture, delivered straight to your inbox.