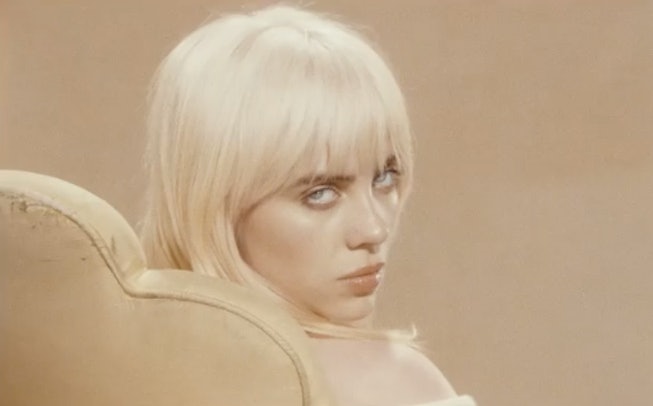 Billie Eilish has begun a new era, leaving behind her signature lime green tips in favor of a glam bleached blonde look. She’s also begun promo for her highly-anticipated sophomore album, the follow up to 2019’s smash hit When We All Fall Asleep, Where Do We Go?

In February, Eilish told Stephen Colbert that while made during the pandemic, the album won’t address COVID, but rather “really just about what I feel like sounds good.” So far, the young pop star has released two singles and videos from the album, “my future” and “your power,” below, and announced the Happier Than Ever World Tour.

Read on for everything we know about Happier Than Ever to date, including where to purchase tickets to the tour:

Billie Eilish’s sophomore album is titled Happier Than Ever.

Billie is back, she’s blonde, and she’s moving on.

The album has already broken records.

Eilish’s album is already the most pre-added album in Apple Music History — the “bad guy” singer set the bar once before with her 2019 debut album, WHEN WE ALL FALL ASLEEP, WHERE DO WE GO?

Happier Than Ever will be released July 30.

In both an Instagram post and on billboards around Los Angeles, Eilish announced that the album will drop on July 30, 2021.

“[T]his is my favorite thing i’ve ever created and i am so excited and nervous and EAGER for you to hear it,” Eilish wrote. “[I] can’t even tell you. i’ve never felt so much love for a project than i do for this one. hope you feel what i feel.”

The first two singles, “my future” and “your power,” are here.

Eilish will take Happier Than Ever on a world tour in 2022.

On Friday, May 21, Eilish took to Twitter to announce her Happier Than Ever World Tour in 2022. Tickets go on sale Friday, May 28.