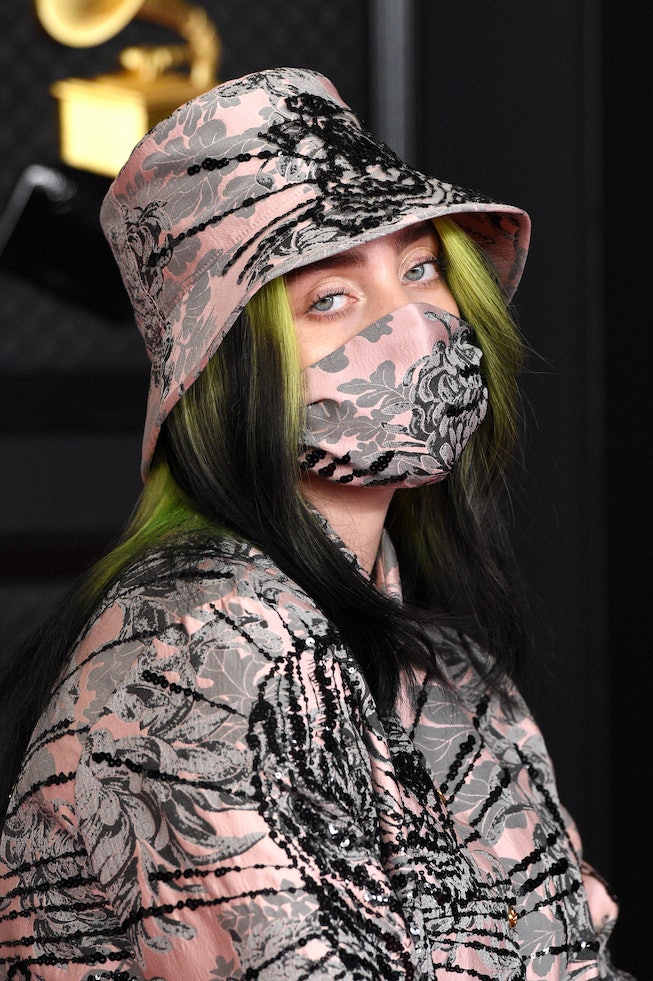 After a whirlwind of wins last year, Billie Eilish made a more low-key return to the Grammys stage on Sunday as she performed her 2019 hit “everything i wanted” in a sparkly suit and jeweled headpiece.

With this year’s ceremony taking place with no live audience for obvious reasons, the pop star had the opportunity to bring the emotional track to life with an elaborate stage setup that included a half-submerged car, on which she performed. The prop is pulled from the track’s emotional music video which finds Eilish her brother into driving headfirst into the ocean.

The track is up for three awards this evening: Record of the Year, Song of the Year, and Best Pop Solo Performance of the Year. Earlier on Sunday, the pop star took home her first award of the night — Best Song Written for Visual Media for her Bond anthem “No Time To Die,” making it the first song from an unreleased film to win an award.

Last year, Eilish stole the show at the Grammys by sweeping the “Big Four” general field categories — Best New Artist, Album of the Year for When We All Fall Asleep, Where Do We Go?, and Record and Song of the Year for “Bad Guy.” She became the first female artist to win all four awards in one night, and the youngest ever to take home Album of the Year.