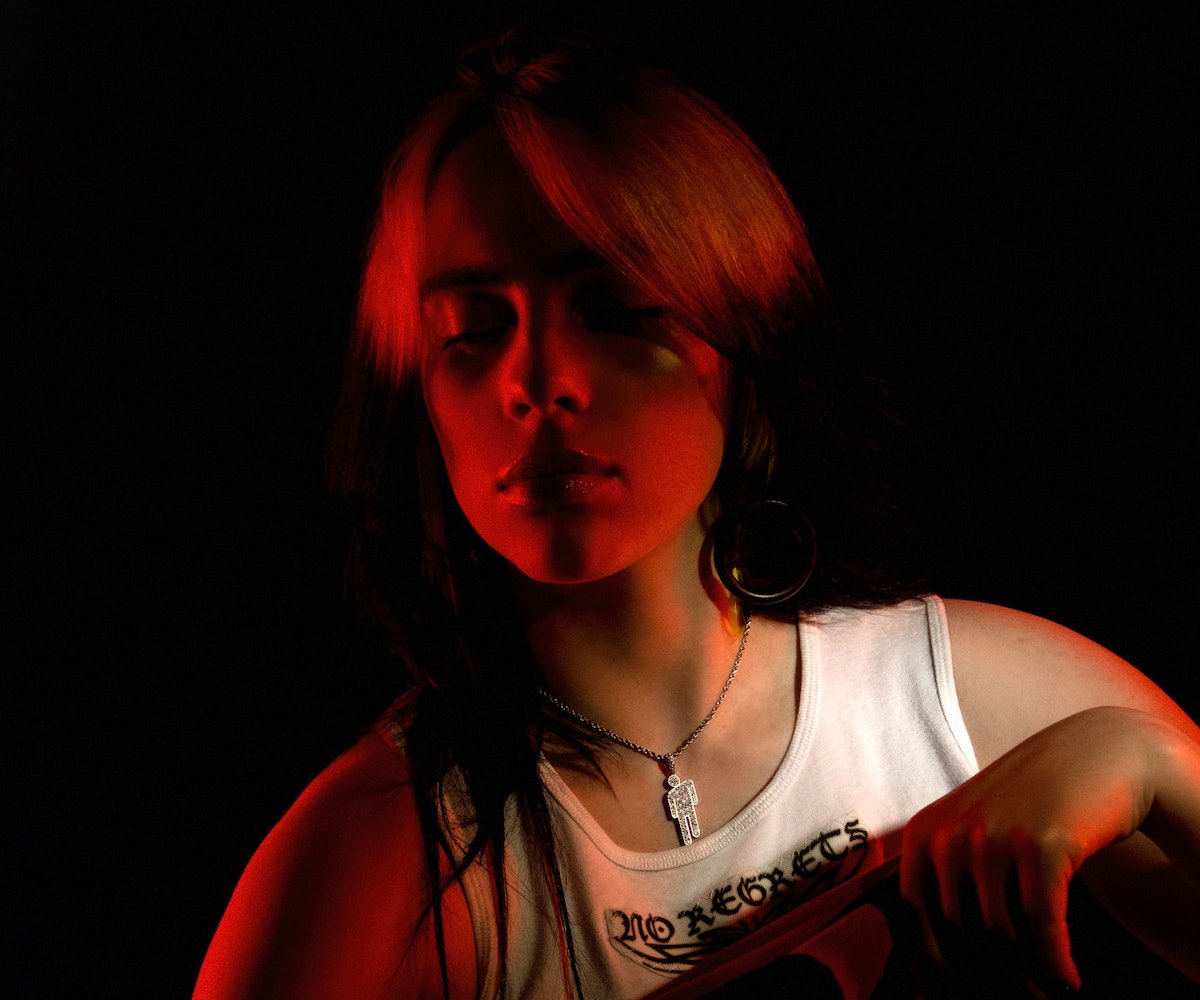 There are few pop stars who have had to grow up as fast as Billie Eilish. At 18, the young artist has already traveled more of the world than most humans will in a lifetime, won four Grammy awards, and was invited to perform at the Democratic National Convention — all before she could legally vote. But, as she reminds us with her latest single "Therefore I Am," at heart, she's still a teen.

"Therefore I Am" is Eilish's second single of the year, and a braggadocios, dark-sounding banger at that, in a rare moment for the young singer, sheds the self-seriousness of her last few releases and lets loose.

Over track's five minutes, she throws shade at boys, and (rightfully) brags about her crazy expensive lifestyle, while also managing to spew some teenage wisdom along the way: "I'm not your friend, or anything, damn. You think that you're the man/ I think therefore, I am," she whisper-sings over the track's hook, like she just finished reading Ayn Rand. In all honesty, it's a delightful side of the pop star to see, one that feels like a continuation of the goofy and sarcastic teen she first showed off in "Bad Guy."

The new song's self-directed music video finds the singer roaming the empty corridors of the Glendale Galleria shopping mall, a familiar stomping ground for Eilish while she was growing up. She leans deeper into her teendom, jumping over food stall counters to steal donuts, fries, and other snacks from the mall's empty food court.

"Therefore I am" arrives following a quiet, but still pretty busy summer for the young artist. Eilish put on her first interactive livestream concert experience, WHERE DO WE GO? THE LIVESTREAM, in October, and before that, made an appearance at the Democratic National Convention where she gave a stunning performance of her song "my future." She released the upbeat, jazzy single in July alongside a gorgeously animated music video.

Eilish will perform at the 2020 American Music Awards on Nov. 22 where she'll debut "Therefore I Am" live for the first time, as well as iHeartRadio's Jingle Ball festival on December 10. Hear Eilish's new single below.