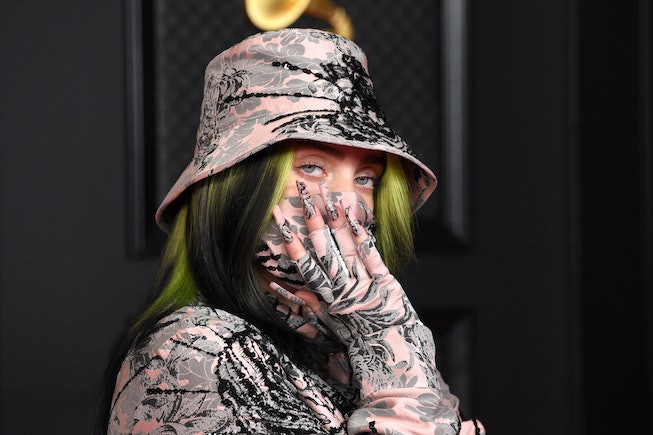 Billie Eilish recently appeared on The Tonight Show with Jimmy Fallon where she discussed her album Happier Than Ever, directing her own music videos, and working with synesthesia.

The singer opened up about the neurological condition — that her brother and father both have - which causes information to stimulate several senses instead of one at a time. “For instance every day of the week has a color, a number, a shape,” she explained. “Sometimes things have a smell that I can think of, or a temperature, or a texture.”

She even noted that Fallon appears to her as a “vertical brown rectangle,” and that the letter’s J and M all have a brown connotation. Eilish then clarified that synesthesia “means nothing,” but it inspires her creative process. “All of my videos for the most part have to do with synesthesia. All of my artwork, everything I do live, all the colors for each song, it’s because those are the colors for those songs,” she said.

Eilish is known for having creative control over her work from songwriting, to creating album art, and even directing her own music videos. During the interview Fallon asked why she chooses to lead so much of the process. “I feel like when you have your own idea and you know what you want, sometimes it’s just the best way to go about it to do it yourself,” she said.

Check out their full conversation below.