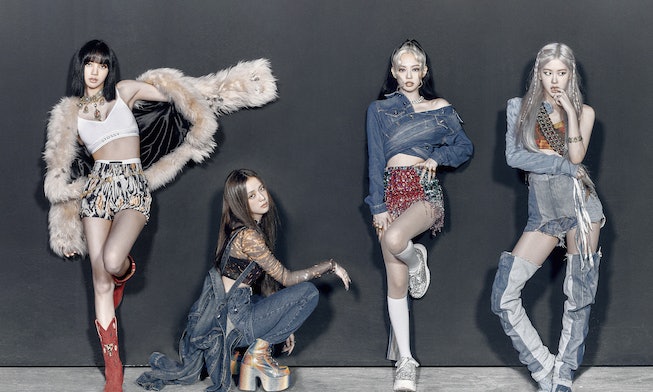 It's been a very long road to BLACKPINK's highly-anticipated debut album, but the wait will soon be over. The group announced on Tuesday that their first full-length effort will arrive on Oct. 2. Before then the quartet will release its second single, which the girls have already teased will feature a surprise guest in promotional posters. Fans are already speculating that the special guest is Selena Gomez (and a South Korean fan news site seems to confirm the collaboration), but the band has not yet officially confirmed who the collaborator will be.

BLACKPINK unveiled the album's bombastic first single, "How You Like That," back in June. The video and song, with its catchy da-da-da-da hook, went on to set all-time records on YouTube. According to the video platform the video broke their record for largest video premiere with 1.66 million concurrents, and largest music video debut after "How You Like That" amassed 86.3 million views in 24 hours. The song also blew up on TikTok with over 2 million videos made to the song to date.

Since BLACKPINK made their splashy entrance in 2016 with their hip-hop inflected pop hit "BOOMBAYAH," the girl group has become one of the most successful K-Pop crossover acts alongside juggernauts, BTS. BLACKPINK became the first K-Pop girl group to perform at Coachella; most recently they featured on Lady Gaga's Chromatica album for "Sour Candy."