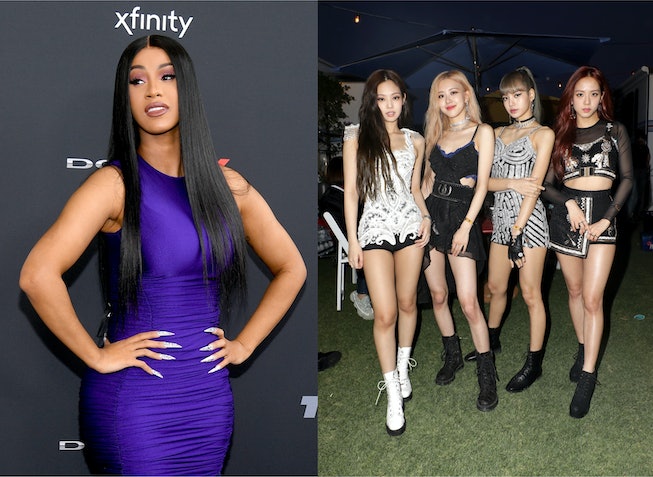 BLACKPINK is on a roll. Just days away from finally releasing their highly-anticipated debut album — fittingly and simply titled The Album — the South Korean K-Pop four-piece have revealed yet another high-profile collaboration, this time with none other than Cardi B.

The track is titled "Bet You Wanna," and credits Cardi B and Ryan Tedder, the frontman of OneRepublic, as two of the song's seven co-writers. BLACKPINK unveiled the track list to The Album on Monday evening, subtly revealing the collaboration ahead of the record's anticipated release on October 2 at 12 a.m. EST and 1 p.m. KST.

Earlier this summer, BLACKPINK collaborated with Selena Gomez for the sugary "Ice Cream," the second single they shared from their album, on which Victoria Monet is credited as a co-writer. Prior to that, BLACKPINK made an appearance on Lady Gaga's Chromatica record for the high-energy "Sour Candy," which has since emerged as a fan favorite.

The Album will contain eight tracks, including "Ice Cream," and the TikTok-viral "How You Like That", alongside "Pretty Savage," "Bet You Wanna," Crazy Over You," "Love To Hate Me," "You Never Know," and "Lovesick Girls," which will also be their next single. The group shared the concept teaser for the song recently, which appears to suggest that the song will take a turn into more acoustic territory.

BLACKPINK will also be the subject of an upcoming documentary by director Caroline Suh which will be arriving on Netflix on October 14. See the full track list for The Album below.