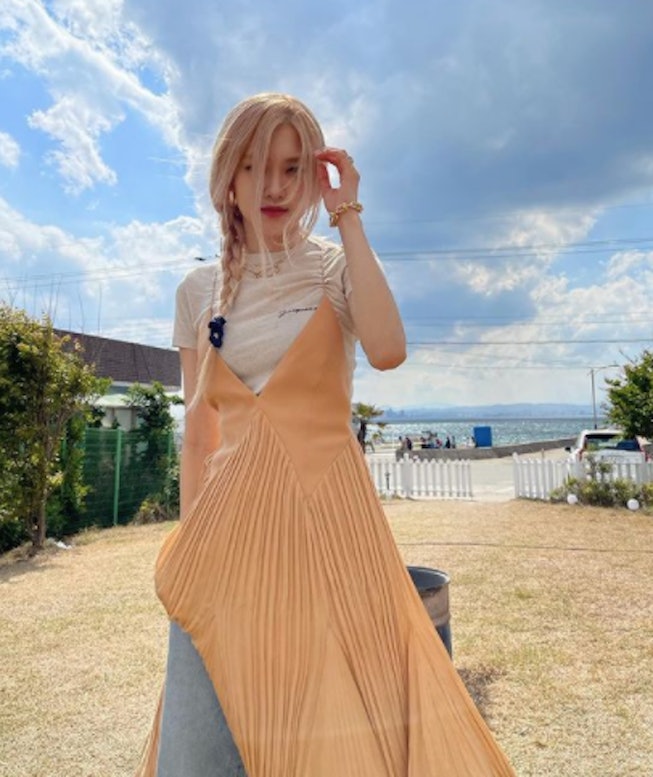 Rosé, the K-Pop star from the wildly popular girl-group BlackPink is on a winning streak. Just one month after covering a John Mayer-approved version of “Slow Dancing In A Burning Room,” she’s back with yet another cover. This time, the singer performed a stunning rendition of Paramore’s “Only Exception,” and it’s already gone viral.

On Tuesday, July 15th, the Korean-Australian singer (whose full name is Roseanne Park), appeared on the South-Korean variety show Sea of Hope, where she performed a stripped down version of the track. Park sat on the ground while she sang, clad in a simple tee shirt and jeans, while accompanied by a pianist and acoustic guitar player. The three minute long performance has racked up over a million views in just two days, proving that Park has a bright future ahead of her and a loyal fanbase to match.

Though she’s taken to singing others songs, Park also released her first solo album - aptly titled R - earlier this year. The album features her debut single “One The Ground” which reportedly received two Guinness World Record titles, while the accompanying music video gained nearly 42 million views in 24 hours. According to Dazed, she also sold over half a million copies of R in just one month, making her the first female Korean solo artist to do so.

Park's solo career may be taking off but she’s still an essential member of BLACKPINK. The group is currently preparing to release their first concert film, BLACKPINK The Movie, in August, which will include exclusive interviews and behind the scenes performance footage.

Watch Rosé’s cover of Paramore’s “The Only Exception” below: