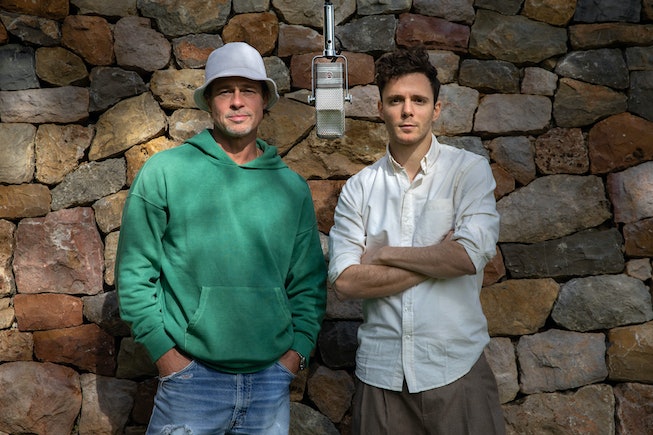 The original Miraval Studios, built in 1977 at the famed Château Miraval in the South of France by the estate’s then-owner, French pianist and composer Jacques Loussier, has been home to the recordings of several iconic musical acts — from sessions for Pink Floyd’s The Wall, to AC/DC, The Cure, Sting, Sade, The Cranberries , and more.

Now, the beautiful space, which has sat unused for nearly two decades, will be reimagined and reopened by its current owner: Brad Pitt. The major renovation will be overseen by Pitt and Emmy-winning French producer Damien Quintard, with plans to be open by summer 2022.

“When we met in Paris, we immediately clicked. It was an intense moment where we just talked and talked about sound,” Quintard said of meeting Pitt. “I was amazed at how sensitive and precise he was in his analysis of music.” Quintard’s background is as a classical music prodigy, having developed a signature approach to music that won an Emmy Award for his work on the Baku 2015 European Olympic Opening Ceremony. He’s also produced artists including Brian Eno, Arca, Parcels and Teodor Currentzis.

Miraval Estate is known as a breathtaking property, and Pitt and Quintard’s redesign will simply enhance what’s already there, with natural light at the heart of the redesign. In addition to the original equipment that so much classic music has been recorded on, there will also be a fully integrated Dolby Atmos system and technology to handle pre-mixing for film and television.

The facility has also “redefined a remarkable natural reverb so we can record voices or instruments anywhere in the studio. It really is a space where you can produce anything from pop and rock, to hip-hop and classical records,” Quintard said in a release.

Pitt and Quintard will be sharing the journey as they prepare to reopen Miraval’s doors. You can follow along here.