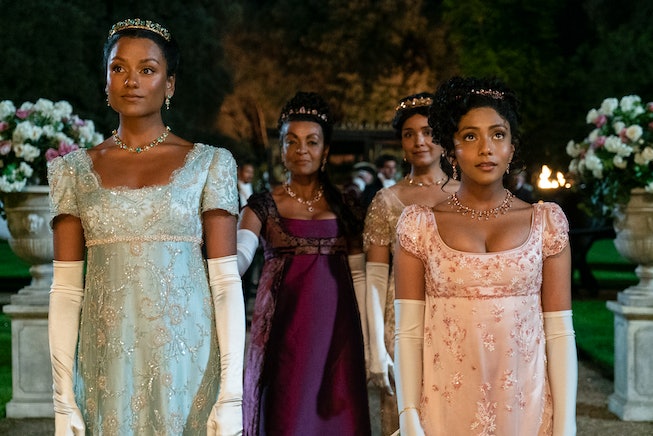 Bridgerton is returning for another steamy season, with a whole new cast of characters falling in and out of love while wearing Regency-era ballgowns. Shonda Rhimes’s Jane Austen-meets-Gossip Girl period piece was a hit among Netflix viewers during its first season, catapulting leads Phoebe Dynevor and Regé-Jean Page to new heights in their careers and bringing new fans to the eight-novel book series the show is based on.

When the second season returns, keeping in line with the books, the show’s focus will move onto other characters in the Bridgerton family — specifically, the family’s eldest brother, Anthony. Here’s what we know about Bridgerton Season 2 so far:

Bridgerton’s Season 2 will focus on Anthony Bridgerton and his new love interest.

The first season ended with newlyweds Daphne (Dynevor) and Duke Simon (Page) eventually getting together and having lots of sex, all under the watchful eye of Lady Whistledown (Julie Andrews). As mentioned, Season 2 will follow the exploits of Anthony (Jonathan Bailey). Where the first season pretty closely followed the series’ first book, The Duke & I, it’s likely Season 2 will pull from the series’ second book, The Viscount Who Loved Me.

"I think we've done some work in season one to set up other characters," showrunner Chris Van Dusen said in an interview. "We really dig into Anthony's love story. We're really exploring Benedict as well, and Collin, and Eloise's relationship. I think it's a deep well of story for us to explore."

“We’re very much passing on the baton to the lovely [Jonathan Bailey], who plays Anthony, and that will be the main story line of Season 2 and the story arc of Season 2,” Dynevor told US Magazine. "The show centers around the Bridgertons, and there are eight books. And I think maybe the fans of the books were more aware of that happening than the fans of the show."

Simone Ashley (Sex Education) will play Kate Sharma — the older sister of Anthony’s fiancé, who at first disapproves of the notoriously rakish bachelor before ultimately falling for him herself. "Kate is a smart, headstrong young woman who suffers no fools — Anthony Bridgerton very much included,” the Netflix announcement for Ashley’s casting read.

The first trailer for the series shows the tension between Anthony and Kate.

In a first look teaser for Season 2, dropped by Netflix on September 25, an irritated Kate sends off Anthony with an especially withering line for the year 1814: “Your character is as deficient as your horsemanship.”

Bridgerton Season 2 will return to Netflix in 2022.

Bridgerton’s filming schedule has not been immune to COVID-caused delays, so while the show started filming in the spring of 2021, it won’t be available to stream until sometime in (hopefully early) 2022.