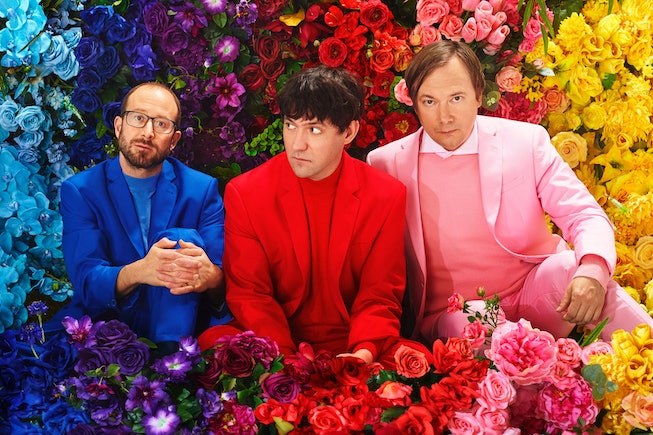 There's still hope for the year yet; Bright Eyes officially revealed on Monday all the details you could want to know around their forthcoming tenth studio album, Down in the Weeds Where the World Once Was. The record will be released on August 21 via Dead Oceans, and will contain 14 tracks. The band also shared the fourth single from the album, "Mariana Trench," along with its animated video.

Bright Eyes announced their reunion at the top of 2020 with a new Instagram page and a cryptic new video. Since, the beloved band has released a steady drip of singles from the upcoming project, including lead single "Persona Non Grata." The group had also originally planned to kick off the era with a European tour, though most of the dates have since been rescheduled for 2021 due to the ongoing pandemic.

In a press release, frontman Conor Oberst explained that the album is the group's most collaborative yet, with most of its writing done in stints in Omaha, Nebraska, and member Nathaniel Walcott's home. "Our history and our friendship, and my trust level with them, is so complete and deep," Oberst said. "And I wanted [the album] to feel as much like a three-headed monster as possible."

Bright Eyes will reunite for the first time in a decade on Monday to perform "Mariana Trench" on the The Late Show With Stephen Colbert. See the official album cover and tracklist for Down in the Weeds Where the World Once Was below.

Down in the Weeds Where the World Once Was Tracklist: