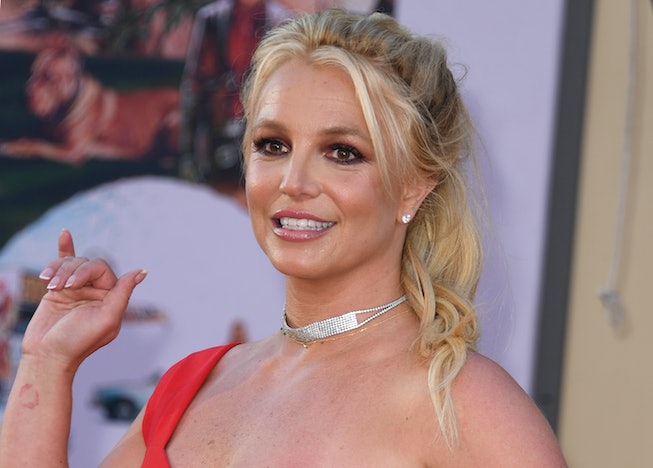 Britney Spears is a free woman, and she’s ready to tell her story. The pop star revealed on Instagram that she’s begun writing her first memoir. Though currently untitled, the upcoming tell-all is already causing a buzz. Spear’s book is expected to include details about her 13-year-long conservatorship that sparked the #FreeBritney movement of the past few years.

On Monday, April 4th, Spears uploaded a series of photos which included a lengthy explanation about her new project. “I want to address my recent post captioning my past,” she wrote. “To my understanding, to most it's confusing...why express NOW?? Well, I’m writing a book at the moment and as it’s actually healing and therapeutic...it’s also hard bringing up past events in my life..I’ve never been able to express openly!!!”

Spears was highly censored throughout her conservatorship. The restrictive guardianship, which put Spears’ father in charge of her affairs following a mental health episode, was dissolved last November. Since then she’s turned to social media to shine a light on how unethical conservatorships are, and it seems like her book will expand on that, now that she’s able to provide her perspective.

“I can only imagine that I do sound childish,” she continued. “but I was extremely young when those events took place...and addressing it now...I’m sure it seems irrelevant to most and I’m completely aware of that!!!”

Spears then said that she’s taking an “intellectual approach,” like Justin Timberlake did when he apologized to her and Janet Jackson. “Although he was never bullied or threatened by his family...he took the opportunity to apologize 20 years later!” she wrote. “Timing is EVERYTHING !!! Good timing is the BITCH!!!” Anyway...I wanted to just let people know I CARE !! AND I’M SO SORRY!!”

Britney then addressed her ongoing battle with her family members. “My mom and sister also did the ‘intellectual approach’ in indulgence by writing their own books as I couldn’t even get a cup of coffee, or drive my car, or really anything!!!” she wrote. “I’m not the type of person to bring up UNCOMFORTABLE CONVERSATIONS well because it’s just NOT RESPECTFUL, but come on LET’S ACTUALLY TALK ABOUT IT!!!”

“When I was younger there was more of a playful and light approach to everything,” she continued. “It was easy not taking yourself so seriously. Yet in the business, I will just SAY IT...I was indeed treated less than !!!” The singer then claimed that her complaints concerning the conservatorship's strict rules were never addressed.

“Why do I say this?” she wrote. “Well because I never felt heard ever !!! I was screaming inside, and no matter what I said it was always looked down on. Again I will just SAY, as I got older the head powers in my conservatorship were literally unbelievable. Yes the security, the management, and mainly my father who was NEVER AVAILABLE, all felt like a CULT !!! I see now the greed and envy of men and the damage people of power can do !!!”

Britney ended her post with a hint that her book will explain “what not to do,” and included an example. “When I was in Louisiana during COVID-19, I went to Target to pick things up at the store,” she wrote. “I live in the sticks so it was an hour drive !!! When I finally got there I was told by a lady and my father that I could not get out of the car. My security got out of the car and I WAITED !!!! Hundreds of kids and adults going in !!! I’ve never felt more like nothing in my life...of course, they say they never did that because they forgot !!! Unfortunately folks I DON’T FORGET!!!” the singer continued. “And I’m here to remind people what NOT TO DO like my family did to me so we can be better people for the next generation.”

Britney then addressed her sister, Jamie Lynn Spears,’ memoir Things I Should Have Said. Her book was released earlier this year and sparked a public feud. “So sorry if I’ve offended anyone by writing these stories,” she concluded. “But just as my sister can legally mention my name in her book over 200 times, cry on tv, and get a heartfelt “awww” from most, I also have the right to share a couple paragraphs on Instagram. Anyways, Godspeed my friends.”