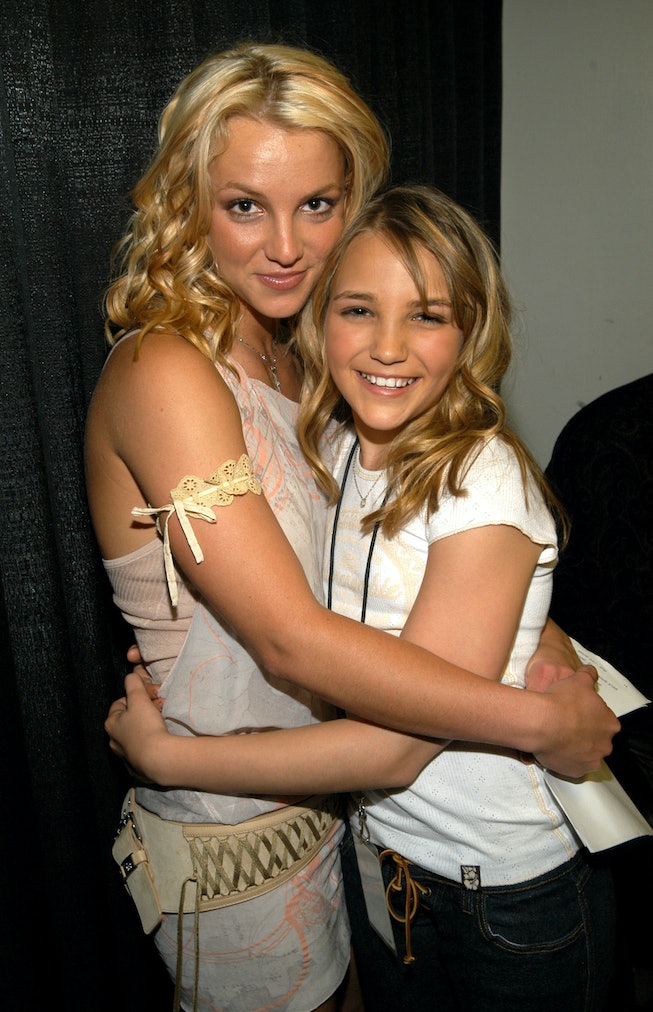 Britney Spears has sent a cease and desist letter to her younger sister, Jamie Lynn Spears, following the release of Jamie Lynn’s new memoir, Things I Should Have Said. The legal note criticized Jamie Lynn’s depiction of their relationship and Britney’s behavior throughout the years. Though the memoir was released just a day ago, it has already sparked a new chapter in the public feud between the two sisters, leading Britney to have her attorney, Mathew Rosengart, send Jamie Lynn the cease and desist.

The letter, which was obtained by Variety, addresses Jamie Lynn directly. “As you know I represent your sister Britney Spears, and I write at her request concerning the above-referenced matter,” Rosengart said. “We write with some hesitation because the last thing Britney wants is to bring more attention to your ill-timed book and its misleading or outrageous claims about her.”

In an interview with ABC News this week, Jamie Lynn declined to comment on her sister's mental health. “I can’t really speak to anyone else’s state of mind, I don’t think that’s fair,” she said. “But I’m allowed to say how I felt in those moments, because it matters. It matters that I was in pain.”

Later in the interview, the Zoey101 actress opened up about her father’s alcohol abuse, and said she was preoccupied with being a teen mom when Britney’s 13-year conservatorship began. For that reason, she claimed to have little understanding about the restrictions Britney was under, and said she later supported her sister's decision to end the conservatorship entirely.

Since then, Britney has accused Jamie Lynn of exploiting their relationship to sell copies of her memoir. “Although Britney has not read and does not intend to read your book, she and millions of her fans were shocked to see how you have exploited her for monetary gain. She will not tolerate it, nor should she,” the cease and desist continues.

Following the ABC interview, Jamie Lynn also appeared on the Call Her Daddy podcast, where she discussed Britney’s relationship with her ex-boyfriend Justin Timberlake. During the interview, she said, “I thought how heartbreaking it must have been for my sister when ‘Cry Me a River’ came out. Don’t get me wrong, like that’s a way to launch your solo career right? That’s a way to do it, but I felt really sad.” The actress then complimented Britney’s handling of the situation, and called her sister “beyond brilliant,” for writing the breakup-ballad “Everytime.”

Despite her kind words, the two have remained in a public dispute over the book's release. Most recently, Jamie Lynn posted an Instagram story urging her sister to call her. “I have attempted many times to speak to you directly and handle this privately like sisters should, but you still choose to do everything on a public platform,” Jamie Lynn wrote. “In the meantime, please stop continuing the narrative that I haven’t been there for you or that I’m making things up. I’m happy to share how many times I’ve reached out to you, supported you and tried to help you. This is embarrassing and has to stop. I love you.”

For her part, Britney has continued to post about Jamie Lynn on Instagram, sharing a lengthy message on Tuesday, January 18th about the differences in the way the two sisters, who are 10 years apart in age, were raised. Spears wrote:

“I flew home to Jamie Lynn on the couch watching her tv shows right after Justin and I broke up… I was a ghost there 👻 !!!!! I had worked my whole life and I didn’t know how to be served by Mamma … Sit there and get served the chocolate milkshakes with the perfectly crushed ice with the secret chunky sugar meanwhile Jamie Lynn is 12, she indulges with the TV for hours then goes to lay out on a raft at the pool … I’m in shock because this was never my life !!!! Justin’s family was all I knew for many years ... Things were different now and Jamie Lynn had a new Nickelodeon show … All I remember saying was “DAMN !!! How the hell does a 12 year old land a Nickelodeon show ????” ….. HMMMMMMMM …. Well I never got my iced chocolate drink 🤷🏼‍♀️🥤 !!! I mean yeah … I’m grown up right ??? But then maybe I might need a little support … It was a People Magazine cover … The people show up and as Jamie Lynn says, I was scared !!!! Fuck yeah !!! My Mamma was on pain medication and could barely hold a conversation in the house because her and my dad split and she was more messed up than anything !!!! I remember her sitting on the floor in a conversation and she never got up… and I’m sorry Jamie Lynn, I wasn’t strong enough to do what should have been done … slapped you and Mamma right across your fucking faces !!!!!”

The second-half of Jamie Lynn’s Call Her Daddy interview is set to air on January 19th. According to The Cut, Jamie Lynn is expected to read a private message between her and Britney that “clears her name” in the upcoming episode.

However, Britney has made it clear through her cease and desist that she wants her sister to stop publicly discussing their relationship. The end of the letter reads “As I have previously stated, having endured a 13-year conservatorship that stripped her of civil rights and fundamental liberties, Britney will no longer be bullied by her father or anyone else. Britney was the family’s breadwinner and she also otherwise supported you. Publicly airing false or fantastical grievances is wrong, especially when designed to sell books. It is also potentially unlawful and defamatory.”

“Michelle Obama famously said, ‘When they go low, we go high’ and to Britney’s great credit, that is exactly what Britney is going to do, for the time being,” Rosengart continued. “You recently reportedly stated that the book was ‘not about her.’ She takes you at your word and we, therefore, demand that you cease and desist from referencing Britney derogatorily during your promotional campaign. If you fail to do so or defame her, Britney will be forced to consider and take all appropriate legal action.”