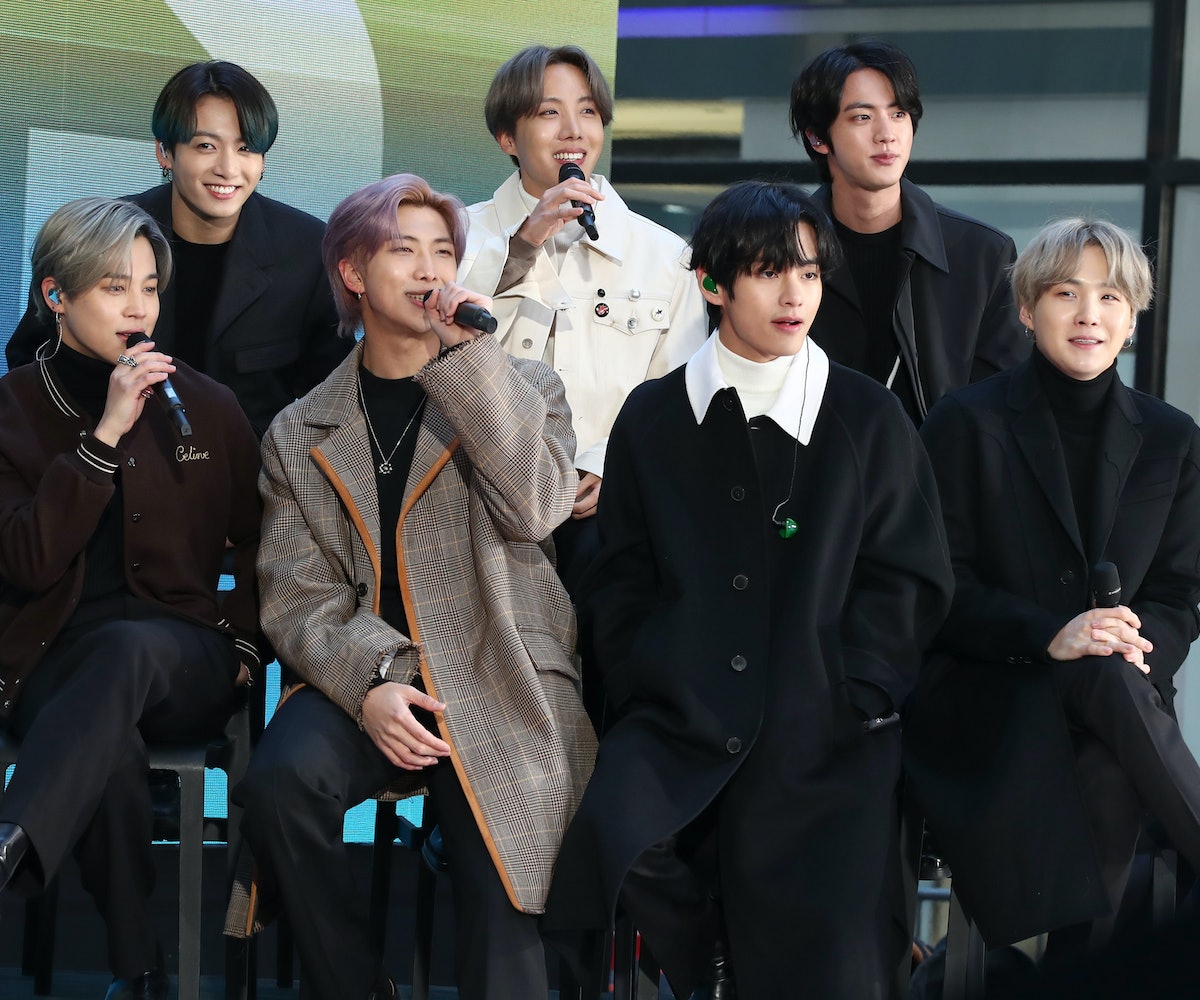 Even during a pandemic, the show must go on — at least, in the case of the MTV Video Music Awards, apparently. Though this year's VMAs will be streamed online, there will still be a real "ceremony" with real performances happening, somewhere in New York City. On Tuesday MTV announced the first round of performers for the show and it looks like they'll still be pushing all the stops to make this virtual show still one to remember. Doja Cat and J Balvin are set to perform, as well as BTS, who will be making their VMAs stage debut along with an additional surprise.

BTS' VMAs performance will also mark the TV debut of their upcoming English-only single "Dynamite," to be released August 21.

"We also needed a breakthrough during these unforeseen times, so we worked on this new song," the boy band said of the new track in a press release. "This is a new challenge for us as well. When we first heard and recorded the song, we were energized and our spirits were lifted up. We can’t wait to share this song with you all and enjoy it together.”

The South Korean juggernauts are up for three awards this year, Best Pop, Best K-Pop, and Best Choreography. Last year, the group was absent from the award ceremony due to the band taking a much-needed hiatus to get some "rest and relaxation." Nevertheless, the group still took home trophies in Best Group and Best K-Pop for their Halsey collaboration "Boy With Luv."

NEXT UP
Entertainment
Chloe's Steamy 2022 BET Award Performance Involved A Lap Dance
Entertainment
Marzz On Coming Out: "Put Yourself First And Be Selfish"
Entertainment
Chicago Rock Band Horsegirl Share Their 2022 Tour Diary
Entertainment
Dehd On Album Blue Skies & Knowing What They Do Best