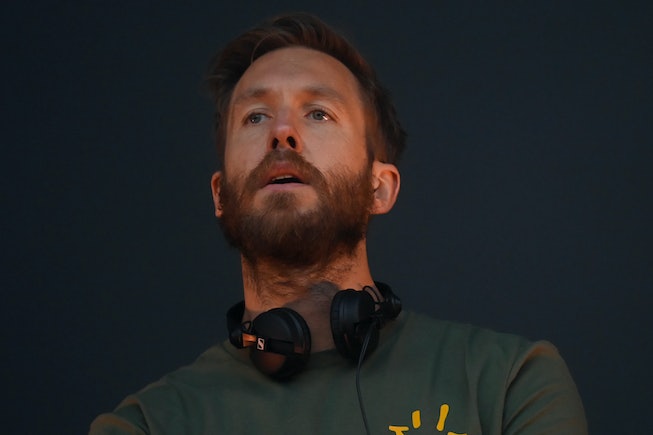 In 2017, Calvin Harris redefined what a summer album could be with Funk Wav Bounces Vol. 1. The 10-track record — stuffed full with A-list guest features from the likes of Frank Ocean, Migos, Katy Perry, Travis Scott, Nicki Minaj, and Kehlani — situated itself as the optimal beachside playlist. Like its serene paradisal album cover, its songs were dancey but still laid-back, luxe-sounding but still approachable, and they summoned California in a sound while still being applicable to wherever you were. The project’s biggest hits, “Slide” and “Feels,” were inescapable that year, cementing Harris as the season’s signature vibe whisperer.

It’s been five long summers since, but Harris is bringing back the Funk Wav sound. The DJ and producer has announced Funk Wav Bounces Vol. 2, expected to drop via Sony Music in August. While it is kind of a bummer that the project will arrive quite late into the season, there’s a great chance we’ll still have new music to hold us over until then. The slinky and breezy lead single from the project, “Potion,” featuring Dua Lipa and Young Thug, is already out — and in a newly released trailer for the album, one can hear a Swae Lee-involved track in the background. The second single perhaps?

Either way, there’s still a lot to look forward to with the record if its star-studded guest lineup is any indication. With features from what seems like every relevant artist in the industry right now, including Charlie Puth, Normani, Latto, and more, summer 2022 is already looking up.

Below, find everything we know so far about Funk Wav Bounce Vol. 2 including the stacked list of artists involved, the exact release date, and more.

When will Funk Wav Bounces Vol. 2 be released?

Who is featured on Funk Wav Bounces Vol. 2?

See the full album trailer below.

Harris revealed the album’s tracklist on Wednesday, July 27. The 14-song record opens on an intro before launching into 13-song extravaganza loaded with guest features. See it below.