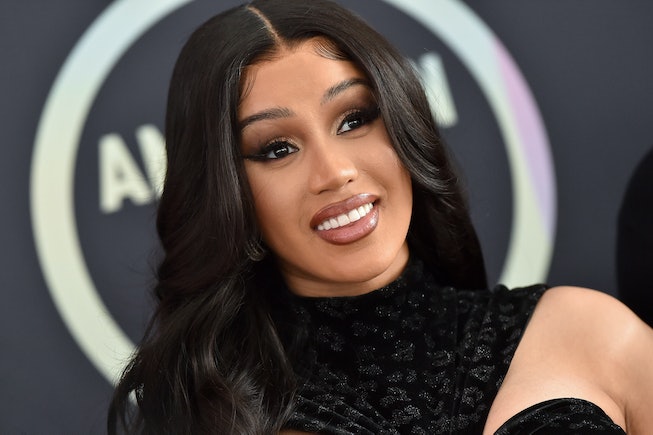 As it’s been proven time and time again, there’s nothing Cardi B can’t do. The pop star, actress, and fashion designer now adds a new role to her ever-growing resume: Playboy’s first-ever Creative Director In Residence.

Cardi will also serve as Founding Creative Director for a forthcoming new content platform from the company called Centerfold. The “creator-led platform” that’s been compared to OnlyFans is expected to launch this month, December 2021. It aims to allow creators to “interact directly with their fans, expand their communities, and build their own personal content and commerce businesses.” What exactly Cardi B will be doing for the platform, we’re not so sure, but she’s promised it to be a place where creators can express themselves “freely and unfiltered” in a press statement.

“They deserve to feel safe in their creativity and sexuality,” she added in the statement. “And they deserve to own their future. This is what CENTERFOLD is all about. For all those creators out there doing bold, revolutionary, truly culture-shifting things, come join me.”

Cardi also shared her thoughts about joining Playboy: “It is a dream come true to officially join the Playboy family. I can’t believe this is real. For as long as I can remember, I’ve felt connected to Playboy. It’s truly the original platform for uncensored creativity and I’m inspired by its incredible legacy of fighting for personal freedoms. I have so many ideas already — I can’t wait!”

While this isn’t the first time the rapper and musician has stepped outside of music to pursue a different business venture — she’s collaborated on two collections with Fashion Nova, dropped sneakers with Reebok, created her own doll, and more — it’s still a major new position for the star. It also makes one wonder when she’ll make her return to music.

Cardi hasn’t released a project since 2018’s Invasion Of Privacy, and only a smattering of singles since. Her last solo release was “Up” from February 2021.

Most recently, the star has been making a splash with her incredibly ornate and over-the-top looks on the American Music Awards red carpet and Paris Fashion Week. She’s also become best friends with Penn Badgley over social media.