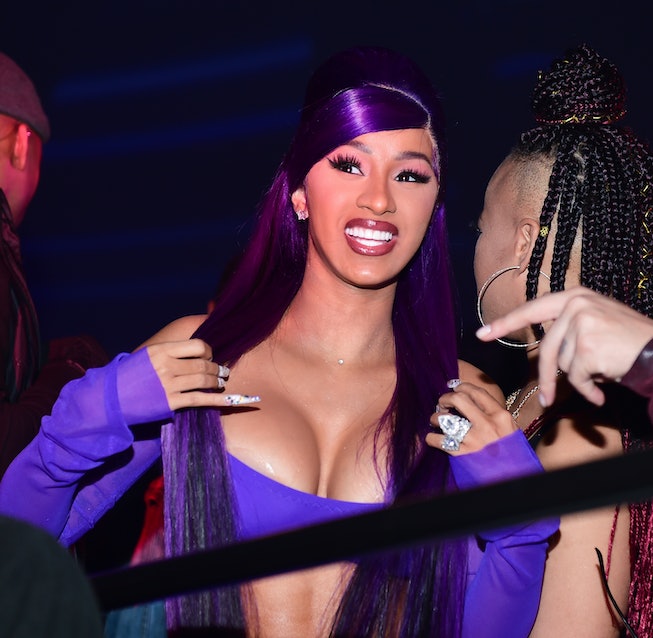 Cardi B is facing down the gauntlet that comes with meteoric fame and success: will her sophomore album bang as hard as her acclaimed debut, Invasion of Privacy? There's a lot riding on Cardi's forthcoming record, but she's down for the challenge. In a new cover story with Elle magazine, the "WAP" rapper says that the upcoming album is gonna be her personal Lemonade.

So far we've heard her single "WAP," a raunchy as hell ode to her sex drive featuring Houston hot girl Megan Thee Stallion, but the new record will also tread into more emotional waters and get into her touchy and rumor-ridden marriage with Migos rapper Offset, who is also featured on the record. “I don’t really like talking about love much, but I feel like I have to do it, just because I want people to know a little bit," she said in the cover story. "There’s always rumors about me and my husband, and I feel like people would rather start rumors because they want me to be heartbroken. They want me to be hurt.”

If people want to know the gritty details about Cardi's ups and downs in her marriage, they're just going to have to wait until the record drops, plain and simple, Cardi continued. “If you all are so curious to know about my relationship and blah, blah, blah, I’m going to put it in the fuckin’ music, and you can buy it, too,” she quips. “I’m not going to give it to you all for free.”

There's still no official release date set in stone, and Cardi is in no rush to do so. Have you ever heard of a little artist named Rihanna? It's okay to take time between releases to make sure the work is solid. “I don’t want to just put out a single and have people buy it because I’m Cardi," she said. "I want to put out really good music.”