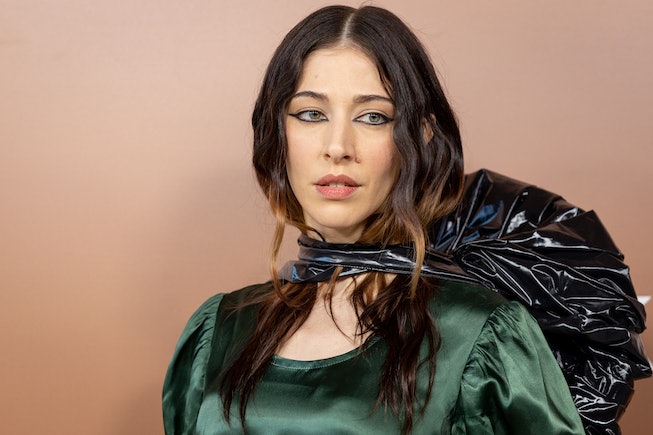 Caroline Polachek has lived many lives. Before she became mother to a whole new generation of pop addicts with her out-of-the-box, sirenic creations kicked off by her 2019 solo record Pang, she was the vocalist and founding member of the indie-pop group Chairlift. Now, the “Bunny Is a Rider” singer is finally announcing her next act and transformation: her new album, Desire, I Want To Turn Into You, is set to arrive on February 14, 2023.

Polachek unveiled the new era with the release of new single “Welcome To My Island,” which includes the lyrics the album title pulls from. It’s a peppy, undefinable track full of bright synthesizer beeps shot to outer space by Polachek’s otherworldly vocals — which have clearly leveled up. On Pang, her falsetto still dallied on the same planar field as the beats, but on “Welcome To My Island,” Polachek has simultaneously gained more control and wild freedom in her vocal ability, whipping it across registers with laser-sharp precision. There’s a new, unhinged mania to her sound which gives us the feeling her next era may be her most ambitious yet.

No track list or guest features have been confirmed for the album, though it’s likely to involve her usual collaborators Harle, E-Stack, and producer Sega Bodega.

In 2022, Polachek’s pop profile skyrocketed exponentially with an opening slot on Dua Lipa’s Future Nostalgia tour and placements at major festivals like Coachella, Lollapalooza, Primavera Sound, Governors Ball, Outside Lands, and more. Though you’re most likely to recognize her for her 2019 song “So Hot You’re Hurting My Feelings,” which went viral on TikTok in 2020 and ignited its own dance challenge.

On Dec. 12, Polachek announced a 2023 headlining tour in support of the upcoming album. The Spiraling Tour kicks off in April, and will take her to 22 cities throughout the U.S. and Canada. Alex G, Ethel Cain, George Clanton, Toro y Moi, Sudan Archives, and Magdalena Bay will also perform as openers.

This article was originally published on Dec. 5, 2022