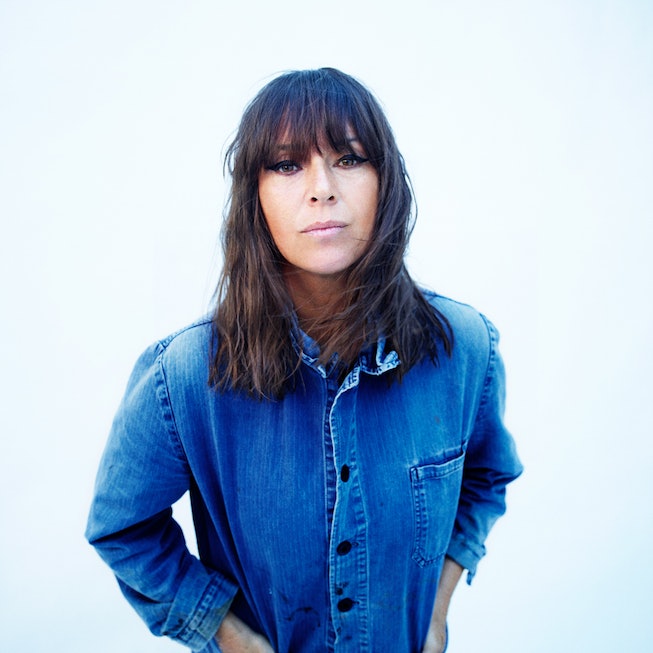 Cat Power is no stranger to a cover. Over the last two decades of her career, the magnetic singer-songwriter has released two full albums of only song covers. The first, The Covers Record, encompassed her takes on several American classics including her bluesy cover of Rolling Stone’s “(I Can’t Get No) Satisfaction” and a delicate interpretation of the Phil Phillips R&B hit “Sea Of Love.” The second, Jukebox, skewed more rock and pop, with covers of Liza Minelli, Billie Holiday, Joni Mitchell, and Bob Dylan. Now, Power is releasing her third covers album — and she’s looking at more modern selections. Aptly called Covers, the record includes her meltingly husky voice taking on songs from Frank Ocean, Lana Del Rey, Nick Cave, Jackson Browne, and more.

Two songs from the album, Power’s intimate take of Ocean’s “Bad Religion” and — her personal favorite — Pogues’ “A Pair Of Brown Eyes,” are already out. The cult musician also performed the Ocean track live on James Cordon on Wednesday. Per a press release, Power first began performing the song while on tour for her 2018 record Wanderer, spurred on by the intense sadness of singing her own original, “In Your Face.”

“That song was bringing me down,” she said in a statement. “So I started pulling out lyrics from ‘Bad Religion’ and singing those instead of getting super depressed. Performing covers is a very enjoyable way to do something that feels natural to me when it comes to making music.”

Power’s careful interpretation gives Ocean’s devastating track a sleek rock sheen without disrupting the emotional impact of the song. Yes, the lyrics still hit like a freight train. But her voice grants enough distance from the intensity of the lyrics to allow you to wallow in the pain yet still observe all the brilliant nuances of the original track. I guess it’s true what they say: a fresh pair of eyes — in this case, a fresh voice — will always uncover new things.

Read on for everything we know about Power’s album so far, including its release date and full track list.

Covers is out January 14, 2022 via Domino. The album is Power’s second full-length from the London label, and her first release since 2018’s Wanderer. Overall, Covers is Power’s eleventh studio album.

In addition to Frank Ocean and Pogues, Power is also tackling songs from Iggy Pop, Nick Cave, Billie Holiday — and herself. The second track, “Unhate,” is a new rendition of her song “Hate” from 2006’s The Greatest.

Alongside Power’s cover of Pogues’ “A Pair Of Brown Eyes,” her cover of Ocean’s “Bad Religion” is out now. Hear them both below.