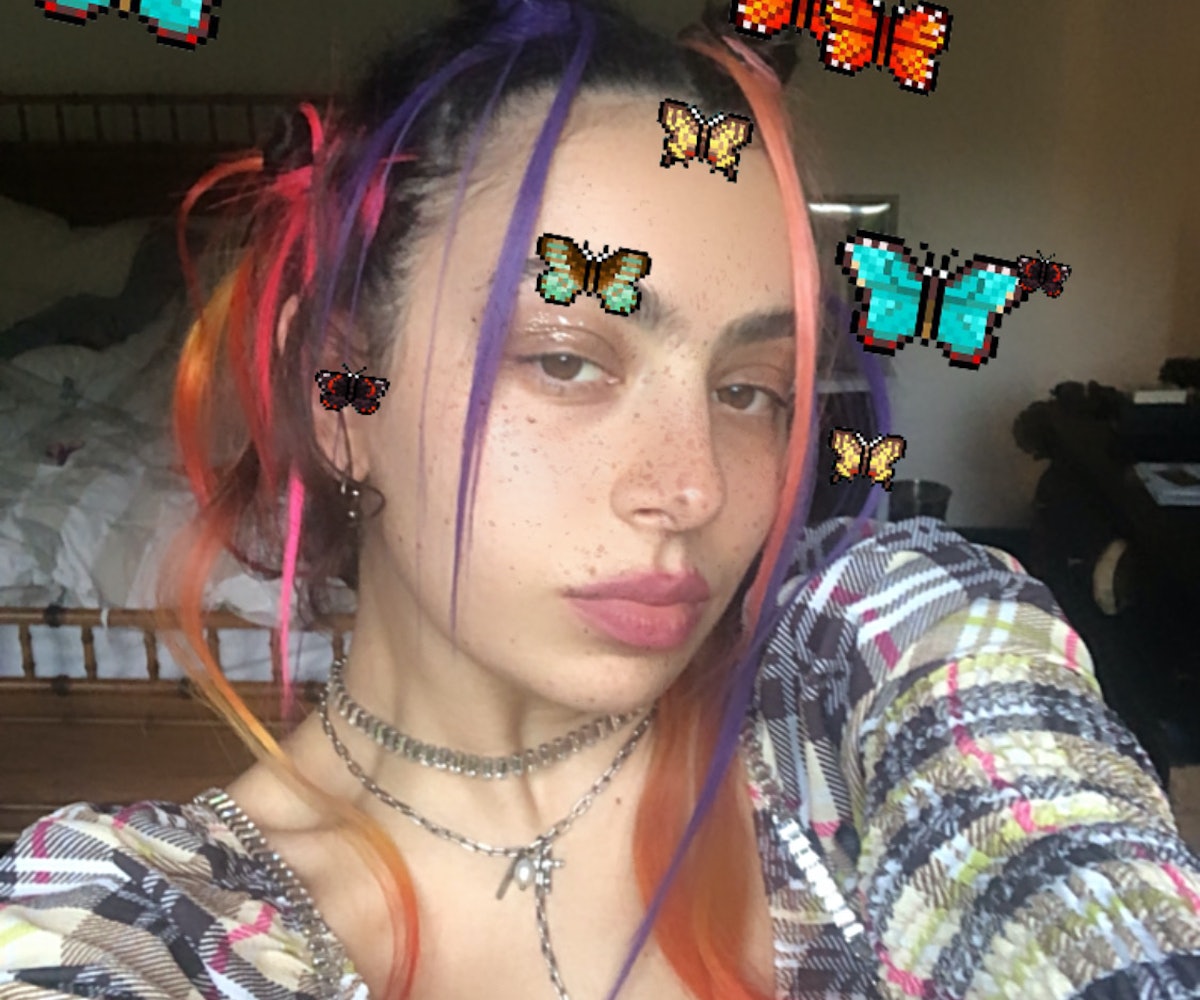 Charli XCX is the first major artist to take a stab at not just Pop In The Age Of Coronavirus, but pop in this novel stage of presentness. Her fourth album, How I’m Feeling Now, is just that: a window into the English artist’s life at this very moment. On April 6, she announced via a public Zoom call that in just over a month’s time, she’d write, record, and release an album documenting her life quarantining in Los Angeles with her boyfriend. The record was constructed using methods now-emblematic of our socially-distant present, like fan-inclusive Zoom writing sessions, and highly collaborative green-screened music videos and artwork.

That methodology seems like a natural fit in an artistic landscape where the presentation of music is becoming more intimate and the barriers between artist and fan are even blurrier. Rather than assigning a release date and logging off to plug away, Charli explored how this new terrain can offer a unique way to connect with fans and fold them into the creative process.

Charli XCX’s How I’m Feeling Now accomplishes its modest goal of chronicling the day-to-day emotions and anxieties of a restless pop eclectic during the longest stretch of time she’s ever spent with her on-again off-again partner. The relatively banal theme is a fresh change for Charli, who’s never been particularly vulnerable in her music. Instead, she built her career on a cult of taste.

Her 2017 mixtape, Pop 2 — heralded as visionary by critics — cemented her as a true champion of left-of-center pop. Her most recent effort, 2019’s Charli, meanwhile, straddled the line between Pop 2’s eccentricity and her flirtations with more mainstream fare. In a Pitchfork profile leading up to its release, she opened up about feeling stuck between going full Top 40 and staying charmingly weird, and the record sounded like a product of that uncertainty.

How I’m Feeling Now doesn’t necessarily give us any more insight into Charli’s choice of direction, but that’s likely a result of circumstance rather than intention. Although it’s billed as an album and is one of her most thematically cohesive projects, How I’m Feeling Now plays more like a mixtape. Unlike the sprawling 15-song Charli, How I’m Feeling Now is a trim 11 tracks with no guest features, and many songs clock in under three minutes. Charli, who’s always preferred to work with her producers in-person, had to record her vocals from home, trading tracks via email with A.G. Cook, BJ Burton, and Dylan Brady, and in that way the album communicates a sense of unease and scatteredness.

Charli, who once admitted she experiences mental breakdowns after taking a mere three days off, spends much of this record writing about how being holed up with her boyfriend has taken her out of her emotional element. On “Detonate” and “Enemy,” she confronts her own abilities to maintain a relationship outside of work. “I don’t trust myself at all/ Why should you trust me?/ I don’t trust myself alone/ Why should you love me?” she sings on the former. Meanwhile on “Enemy”, during the spoken word interlude that’s actually just a voice memo she recorded after a therapy session, she sounds stuffy and tense as if she’s been crying. It’s a rare moment of rawness from an artist whose voice is almost always splashed with glossy auto-tune. In the past, Charli’s personal offerings came packaged with mutating vocal effects and extravagant instrumentals. But here, the song’s brisk, simplistic character doesn’t give her anything to hide behind.

Meanwhile the happier moments of the album, like the Dylan Brady-produced “Claws” or the deliriously catchy “Forever”, feature some of the stickiest refrains she’s ever penned. Although 100 gecs’ Brady only produced the former, both songs emanate a cutesy, non-pretentious immediacy — a TikTok-friendly form of gooey-pop.

Though the majority of the record is minimalist by Charli XCX standards, there are moments of grandiose, stadium-sized ambitions, too. The hardbass outro on “Visions” and the spiraling repetition of the word “clique” on “C2.0” feel like moments where she wanted to showcase A.G. Cook’s production and step away from her personal narratives. The album’s opener, “pink diamond” is a surging, two-minute banger that translates Charli’s primal desire to party into an obvious crowd-pleaser for when she finally does return to the stage. Towards the end of “Party 4 U,” which has been locked in her vault since 2017, Charli splices in live audio of a crowd cheering from one of her 2019 performances. Once a common sound of pre-quarantine times, it feels like the most alien moment on the entire record.

How I’m Feeling Now never once explicitly mentions the pandemic, but its one true quarantine sing-along song is arguably its best track. The penultimate “Anthems” opens with the lines, “I’m so bored/ Wake up late, eat some cereal/ Try my best to be physical/ Lose myself in a TV show,” which Charli delivers with a speaker-shaking tenacity.

In an interview with Apple Music, Charli said that the song reminds her of something from 2012’s absurd and purposefully unrealistic teenage party film Project X, whose whole appeal hinged on that adolescent twinkle of: What if, though? Charli’s “Anthems” isn’t about an over-the-top party, but she manages to make a similar pipe dream sound marginally attainable. After singing about wasting away late nights with friends in New York, which feel as impossible right now as a suburban rave, she muses: “Finally, when it’s over/ We might be even closer.” For a brief second it feels like there is a vision of the future — however slim it may be.