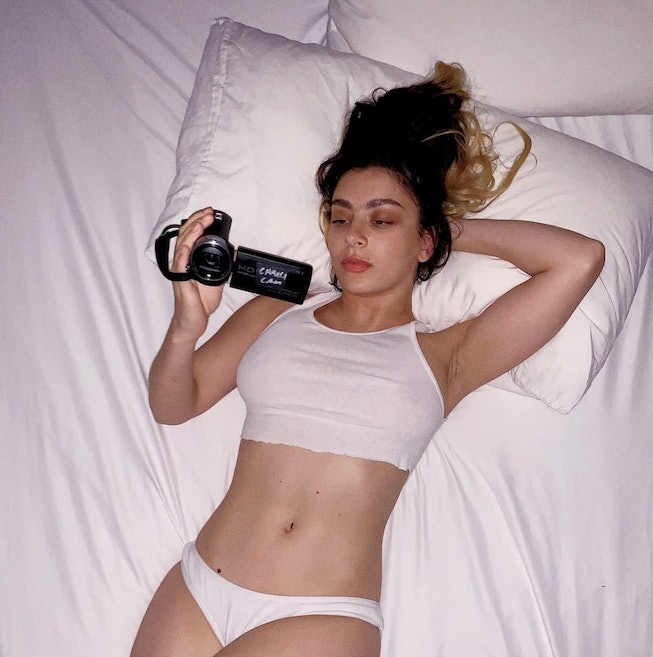 Charli XCX is a very busy woman. After some clever probing from her “angels,” the pop singer has confirmed that her fifth studio album is on the way. The untitled record — loosely referred to as XCX5 — comes just one year after the release of her wildly popular, quarantine-recorded album How I’m Feeling Now. If history repeats itself, it will likely feature her signature electric vibe that we all know and love.

On Tuesday night, a fan tweeted a picture of three red angels crawling towards the screen with the caption, “We heard you have XCX5.” Later that evening, the “Vroom Vroom” singer tweeted, “it’s true” in response.

Since then, her replies have been ablaze with fans demanding she drop the music ASAP, but she’s playing coy. The album does not have an official release date yet, but it’s sure to be well worth the wait.

Charli XCX is no stranger to creating viral music. She got her start on MySpace in 2008, before getting discovered by a club promoter. Since then she’s produced four albums and a plethora of hit singles. Her songs, “Fancy” featuring Iggy Azalea, “Boom Clap,” “Break The Rules,” and “I Love It” with Icona Pop, are all on Billboard's Hot 100. The singer-songwriter has also created popular tracks for other artists like Selena Gomez, Camilla Cabello, Gwen Stephani, and Ryn Weaver.

Apparently, she’s taken a liking to singing other’s songs as well. Before spilling the beans about her new album, she tweeted, “I’m currently very into singing songs I didn’t write.”

Does this mean XCX5 will feature some interesting co-writes and producers? Only time will tell!