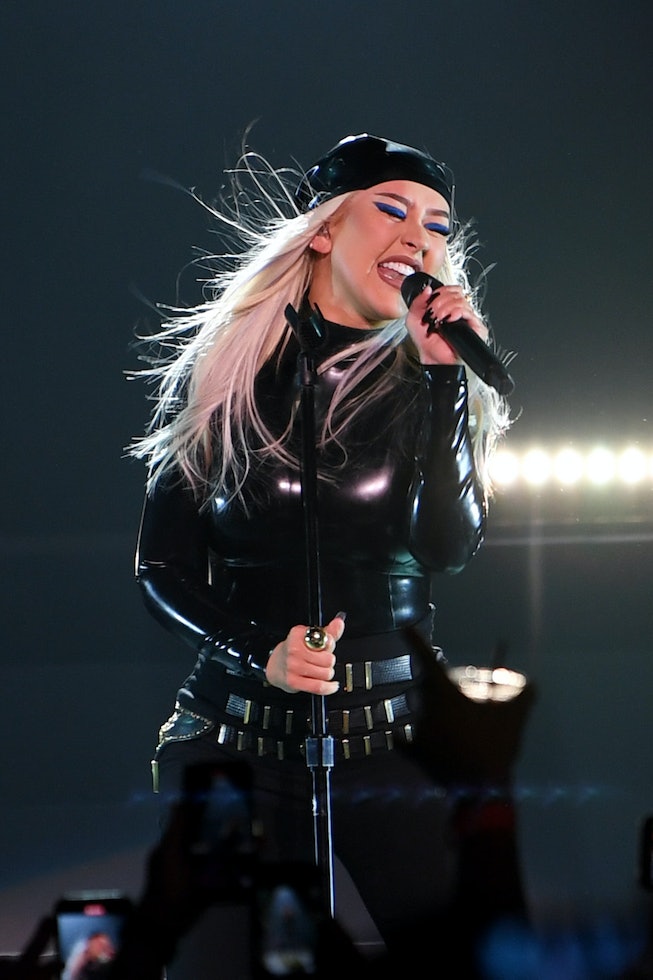 Christina Aguilera is making her return as LaXtina — or so her fans are calling her. The veteran pop star has teased the arrival of her next project, her first Spanish-language album in 20 years, for months now, and on Sunday she finally gave her fans a little preview of the new music that’s coming up.

In the brief clip posted to her Instagram, a guitar-plucked and Spanish-influenced melody plays in the background as two women walk into an expensive-looking bar.

There’s not much known about the album other than the fact that Aguilera has been teasing the record (a title has not yet been announced), technically for years now, as she’s long promised her fans that she’d release a follow-up to her 2000 Spanish-language album Mi Reflejo, her first album sung completely in Spanish.

In September 2021, she revealed in an interview with Insider that the project would “finally be released very soon.”

“I just shot the two first music videos a couple of days ago for the first single release,” she told Insider. She also revealed that she spent the month of February in Miami “surrounded by just the best Latin producers and composers and writers and musicians and producers.” It seems like those songs will finally be coming out soon, with the first single perhaps arriving after Hispanic Heritage Month, which ended on October 15.

Aguilera has also simultaneously been busy at work on a second album that’s also expected to arrive “soon.” In the same interview with Insider, she said she was still figuring the second album’s sound, but that it would likely follow the R&B, soul, and hip-hop inspirations that she’s spent her career carving out. “As I get older, I'm more able to explore the core of the music that I love," she said. "So we'll be fleshing that out for sure... I never make a record where I don't have something new and fresh to say, having gone through certain experiences, life changes." Well, Xtina, whatever it is, we’re ready for it!

Mi Reflejo was a commercial success when it dropped in 2000. The 15-track record included five re-recorded versions of songs from her debut album including “Genie In The Bottle,” and “Reflection,” four original songs, and two cover songs. She released her last record, Liberation, in 2018. Hear a snippet of her new music below.