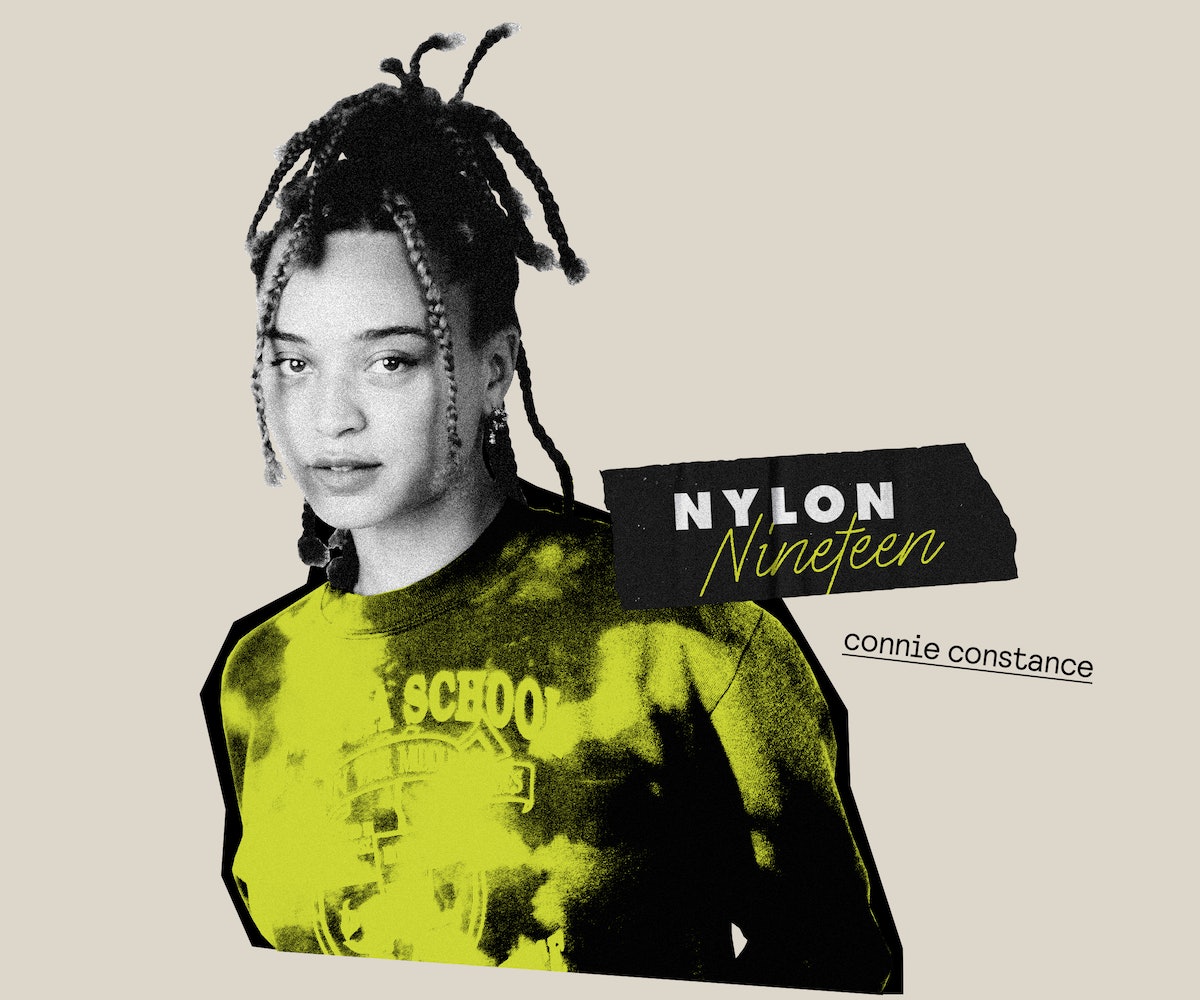 U.K. singer-songwriter Connie Constance's indie music breaks all the rules. Stepping onto the scene in 2015 with the jazzy, meandering In The Grass EP, she has since whittled down her sound into a sharp and bristled exploration of other genres and all their wayward variations. While her 2019 debut album English Rose played with synths and propulsive beats, her next EP, The Butterfly Club (out October 23 on her own label Jump The Fence), is a confident step into indie rock territory.

Her latest single, the dynamic "Costa Del Margate," takes full-on garage punk and merges it with a downtempo, near tropical-feeling outro. Though the sound for the 25-year-old singer is new, her voice — brassy, playful, and warm — is still the same as her first few releases, albeit more experimental.

Growing up in Watford, U.K., Constance cites her days dancing ballet and contemporary, her step-dad's punk records, and her later obsession with jazz as contributions to her expansive music repertoire. The music she makes now feels ever-evolving and restless — while not being afraid to touch upon pricklier subject matters. (She calls her recent single, "James," her "anti-drug drug song.")

"I'm not scared to talk about something that's important to me, and could be important to someone else," she says.

Over the phone while vacationing in Cypress, Constance took the NYLON Nineteen, and revealed her desires to be in a FKA twigs music video, what her first Rihanna concert was like, and falling into aquascaping video holes on YouTube.

NEXT UP
Entertainment
Who Will Rihanna Bring To The Super Bowl?
Entertainment
Getting Ready With Pale Waves For Their 2022 New York City Concert
Entertainment
On ‘Cool It Down,’ A Spitfire Band Matures
Entertainment
Hayley Williams' & Billie Eilish's "Misery Business" Duet Almost Didn't Happen