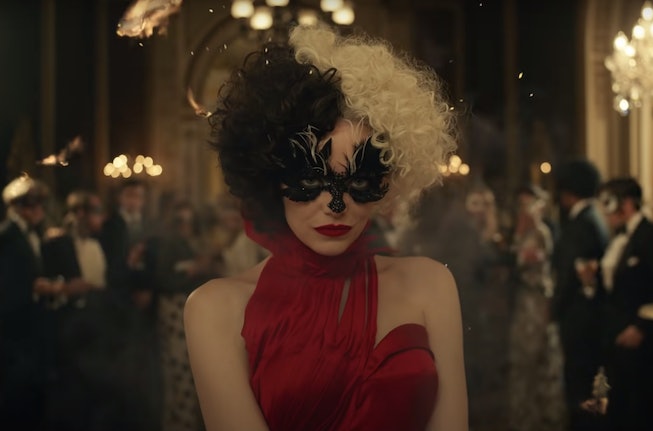 It’s been four years since we first got hints that Emma Stone would be playing the dog-hating, villainous icon Cruella de Ville for a new film, and this year we’ll finally be able to see it for ourselves. Here’s everything we know about Disney’s Cruella so far:

The Cruella cast is already star-studded — and includes Emma Stone.

Every iteration of Cruella — including the first in English author Dodie Smith’s 1956 The Hundred And One Dalmatians — features the fashion-forward villain kidnapping Dalmation puppies for their fur. The new film, however, will dive more into Cruella’s past. Set in 1970s London and featuring plenty of the punk rock styling from that era, Cruella presents its protagonist as a woman on a tear to make a name for herself, at any cost.

Cruella will open in theaters nationwide and premiere on Disney+ on May 28.

Cruella has two trailers so far: