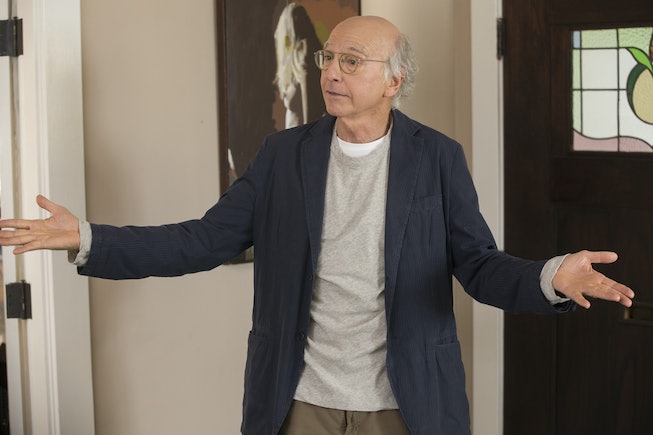 Larry David and his cringe comedy sensation Curb Your Enthusiasm are heading back to HBO for the show's eleventh season. The forthcoming season will take the series past the 100 episode mark and will likely find Jeff Garlin, Susie Essman, Cheryl Hines, Richard Lewis, J.B. Smoove and Ted Danson reprising their roles. “This past season tapped into the zeitgeist in such an uncomfortably delightful way,” said HBO Programming Executive Vice President Amy Gravitt in the season's announcement. “Larry is already busy writing, and we can’t wait to see what he has in store.”

For those unfamiliar, Curb Your Enthusiasm focuses on the mundane and trivial details of life and how they can have an absurd domino effect of misfortune. Not much has changed since the shows debut in 2001; David will continue shooting without a script and only provide scene outlines for the actors to improvise lines as they go for maximum derangement. “Believe me, I’m as upset about this as you are," said David. "One day I can only hope that HBO will come to their senses and grant me the cancellation I so richly deserve.”

The new season does not yet have an official air date, so until then, imagine the Curb Your Enthusiasm theme music over the foolish news clip of your choosing; it delightfully has the same effect.