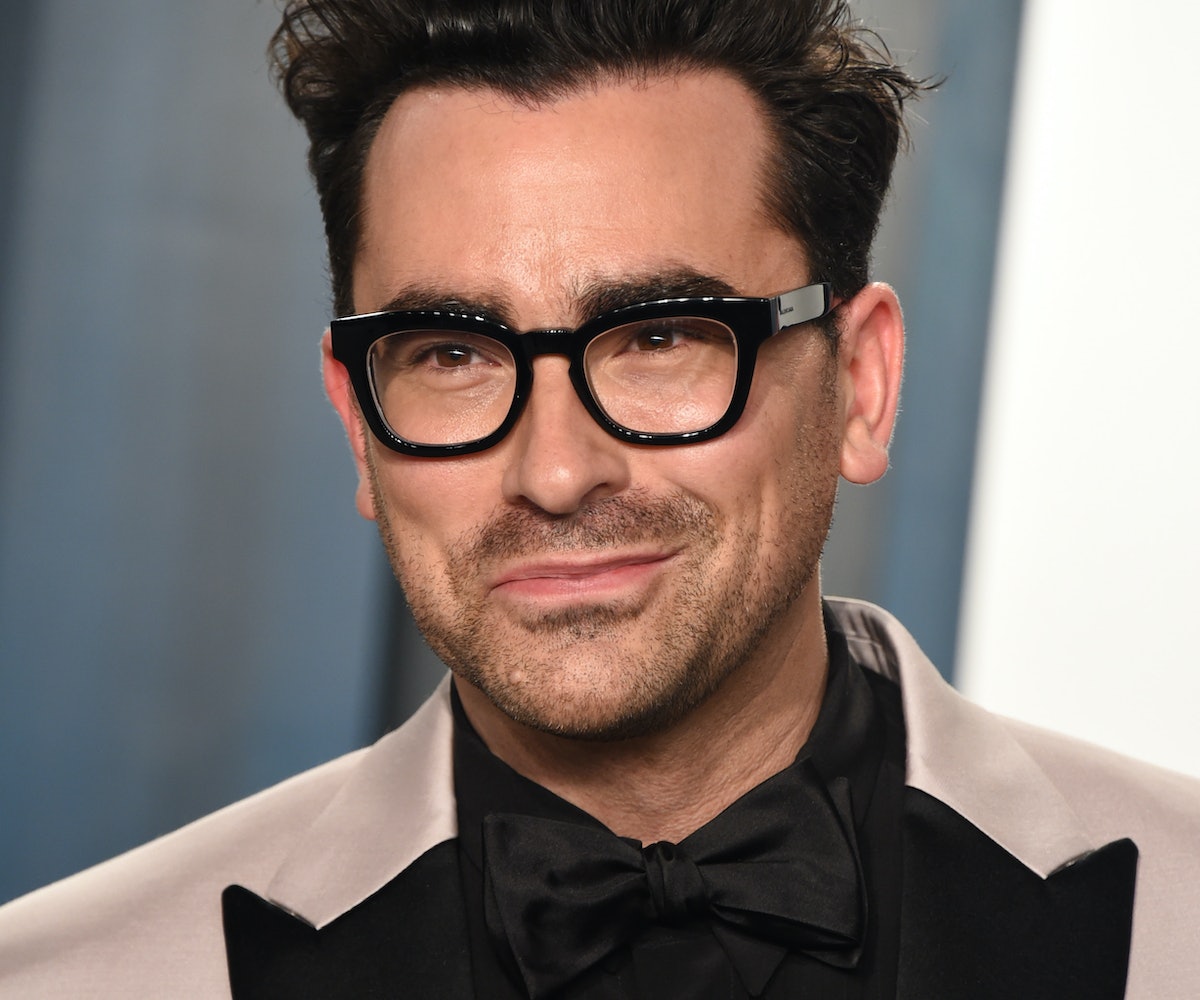 AlthoughWatchmen entered Sunday night's Emmys ceremony with the most nominations, it was actually Schitt's Creek that left as the night's biggest winner. Not only did the recently-ended Pop TV sitcom win the awards many assumed it would (including Outstanding Comedy Series and Outstanding Lead Actress for Catherine O'Hara), it also won so many more — including acting awards for everyone else in its central cast, making it the first non-limited series to sweep all four acting categories in a single season of television. Dan Levy picked up Supporting Actor in a Comedy Series, while Eugene Levy and Annie Murphy were awarded Lead Actor and Supporting Actress in a Comedy series, respectively.

If that wasn't enough reason to celebrate, in a virtual interview after the award show, Dan Levy also hinted that a feature-length followup film could be in the works for the townspeople of Schitt's Creek.

The Schitt's Creek gang sat down with Access Hollywood to talk about their multiple wins, leading Dan Levy to refer to the night as "a dream you don't want to wake up from, to be perfectly honest." Reflecting on the last six years as a whole, Levy said that an Emmys sweep was an "absolutely unbelievable way to end our series."

The real highlight came when Levy hinted at the possibility for a feature-length film, which he admitted is not currently in the works but definitely could be if the proper inspiration ever struck. "Here's the thing. Some people have been asking [about the possibility of a movie], and to be honest, this is the best way we could have ever ended the show," he told Access, before joking that his co-star (and fellow Emmy winner) Annie Murphy had already been suggesting some ideas — at least "five or six so far."

"So if there is an idea that ever pops into my head and [is] worthy of these wonderful people, it has to be really freaking good at this point because this is a really nice way of saying goodbye," Dan Levy continued. "So, fingers crossed that we get a really good idea coming into our heads sometime soon."

So start submitting your ideas for a Schitt's Creek movie! You never know if yours could be the golden ticket. Watch the interview below.