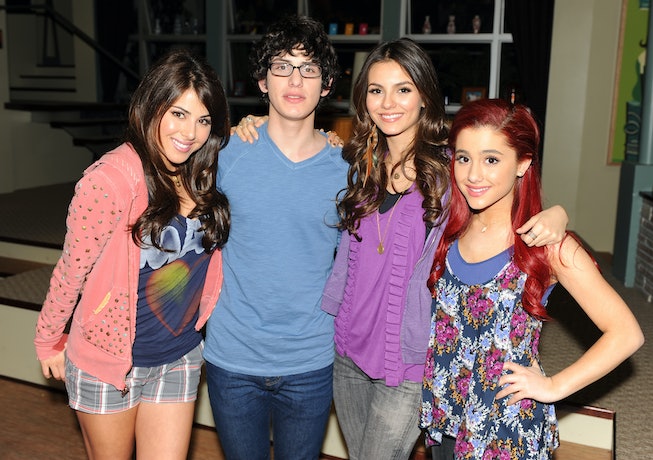 In her bombshell memoir I’m Glad My Mom Died, released earlier this month, former iCarly actress Jeanette McCurdy detailed not only the poor treatment she experienced at the hands of her mother, but the uncomfortable, inappropriate, and abusive situations she was put in during her time as a child star. While McCurdy stopped at explicitly naming names, she referred to the bad behavior of “The Creator,” who many took as a clear reference to iCarly creator and Hollywood producer Dan Schneider.

Now, other Nickelodeon stars are coming out with their own stories about inappropriate environments at the network. Allegations of Schneider’s conduct go back to 2000, with the stories cropping up regularly on social media over the years, fan cams putting together sequences of Schneider’s apparent obsession with young actresses’ feet, and the resurfacing of overly-sexualized scenes. A new investigation by Business Insider, published on August 30th, details Schneider’s “disgusting empire” of kids shows, including iCarly, Zoey 101, Drake & Josh, and The Amanda Show.

The report includes allegations of sexism, toxic work environments and Schneider doing things like requesting massages and making inappropriate comments to minors. It also described Schneider as “thumbing his nose” at Nickelodeon’s standards department, and pushing for increased sexual innuendos and skimpier outfits on the child and teen actresses (McCurdy says she was pressured to wear a bikini on iCarly in her memoir).

Former Zoey 101 star Alexa Nikolas staged a protest outside of Nickelodeon following the release of McCurdy’s memoir, saying, "There was footage on Zoey 101 alone that when I look back now, I'm deeply uncomfortable by it." She told Insider that at the time of filming, she was disturbed by a scene of star Jamie Lynn Spear’s face being squirted with green goo when she was 13, with a male co-star saying, “It’s like a come shot.”

Russell Hicks, Nickelodeon’s former president of content development and production, stood by Schneider, telling Insider, “Every single thing that Dan ever did on any of his shows was carefully scrutinized and approved.”

Daniella Monet, who played Trina Vega on Victorious along with Ariana Grande, told Insider that she specifically contacted Nickelodeon about a scene in which she ate a pickle while applying lip gloss. She told the network she thought it was too sexual to air, but it aired anyway. While Monet noted that most of Victorious was “very PC, funny, silly, friendly, chill,” some things were “sexualized” more than she would have wished, and that some of the actors’ outfits on the show were “not age appropriate,” and that she “wouldn’t even wear some of that today as an adult.”

McCurdy wrote in her memoir that she was offered $300,000 to not speak about her experiences on the network, which she turned down. Schneider left Nickelodeon in 2018 — a decision that the New York Times reported in 2021 was due to Nick’s parent company, ViacomCBS, finding evidence of verbal abuse by Schneider to his colleagues.